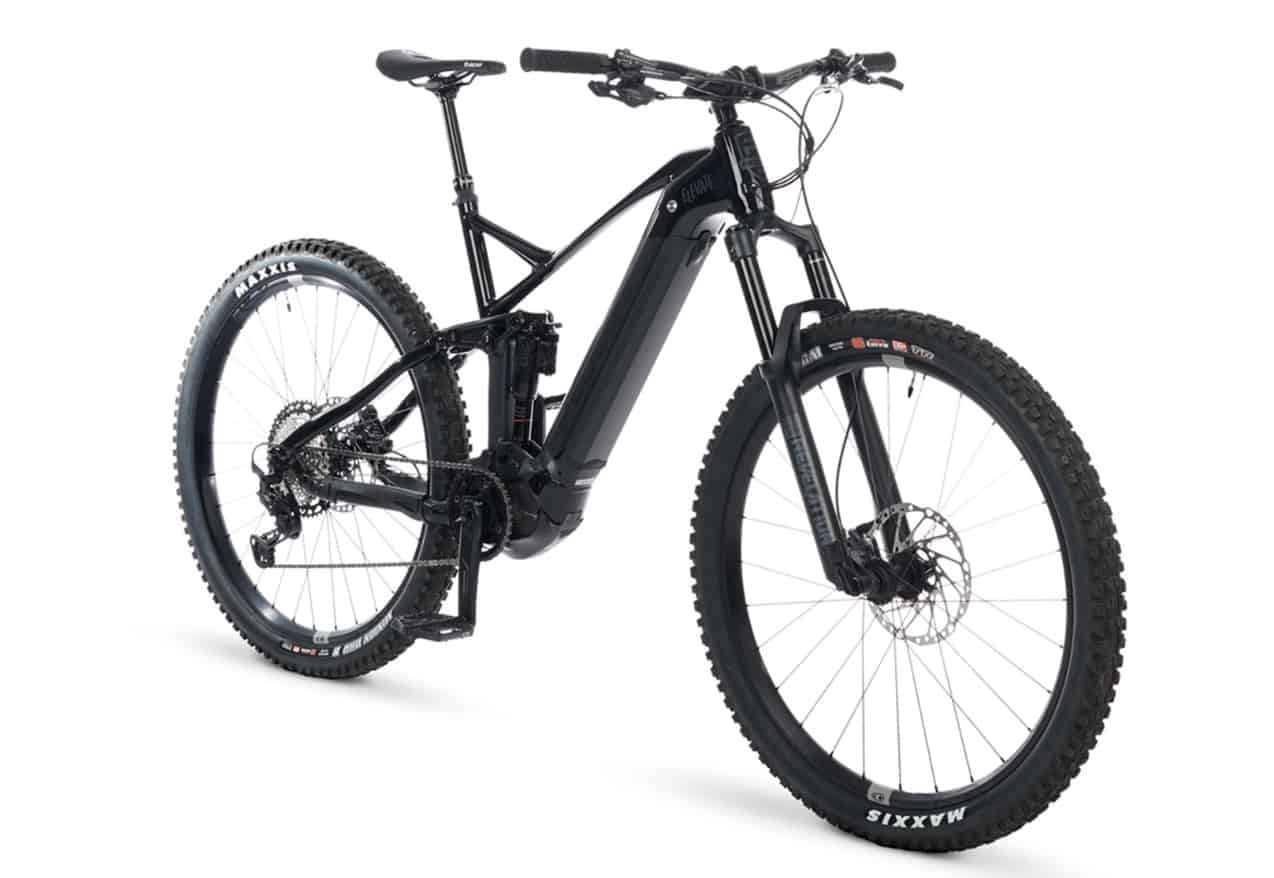 The popularity of electric bikes has grown over the past few years. People of all ages and physical abilities can travel quickly and comfortably on bikes that are also fun to ride. So, are Pedego electric bikes a good idea? Are they worth the money?

Are Pedego Electric Bikes Worth the Money?

Pedego Electric Bikes is one of the most popular brands of e-bikes in the United States, inspiring millions to leave the sofa in favor of a more active lifestyle.

This brand was co-founded by cycling industrialists Don DiCostanzo and Terry Sherry in 2008. It has risen to prominence since then.

Pedego bikes are propelled in the same way as a traditional electric bike – by a combination of human leg strength and an electric motor.

Activating the electric motor causes it to generate power transmitted to the bike’s rear wheel, propelling the rider forward. These electric motors can help you on your daily commute or while tooling around town on your bike.

Additionally, they include a rechargeable battery pack that can be charged at a local charging station using the standard household current. Battery life, when ultimately charged, allows the bike to travel up to 80 kilometers.

Pedego electric bikes are sold on every continent. However, they are made in Vietnam, Taiwan, and China.

Pros and Cons of Pedego Bikes

Let’s discuss the pros and cons of Pedego bikes to assess whether they are worth your money.

The Pedego has several advantages, which are to be expected from a bike of this budget. Some of them are:

There are many benefits to Pedego bikes, but a few drawbacks outweigh them. The following are some negative attributes of this electric bike:

Read Can You Ride Electric Mountain Bikes on the Road?

Pedego is a no-nonsense e-bike series in terms of its name and performance. It offers the widest selection with its four distinct models. Moreover, it is one of the most sought-after city models in the United States.

The overall designs and the quality of the components are stellar. In fact, it’s one of the few manufacturers whose electric bikes are practically perfect, providing its riders with all they need for hassle-free commuting throughout the city.

The Pedego City Commuter is an electric bike that makes e-biking simple and enjoyable.

It doesn’t need any more firepower; its current engine level allows it to justify its city designation without being downgraded to standard cruiser status.

The upright riding position, comfortable saddle, and suspension seat post provide the convenience you need for your regular commute.

The Samsung 500W battery can get you up to 40 miles in range. One last feature of this e-bike is that you can charge your gadget by connecting it to the LCD screen.

The City Commuter is popular because of its low price and extensive features.

This model has a cantilever structure that shows that this model was inspired by a time-tested design. It has received praise for its comfort.

The broad, curving handlebar has a step-thru frame. It is as roomy and accommodating as the saddles. Another urban rider has all the essentials—fenders and a rack built right in.

When it comes to rider comfort, this model is a masterpiece by Pedego. Riders adore it because it consistently meets their needs.

Though it lacks various pedal assist settings, the speed changer is not tricky to use and can simplify your rides significantly. You can get approximately 35 miles with a single charge.

The Conveyor is the premium option from the brand. It guarantees a surprisingly quiet and smooth ride because of its high-quality technology.

The maximum 90nm torque provided by the Brose mid-drive motor is mainly responsible for the bike’s inherent smoothness and considerable motor help.

The Shimano gears are a great addition, making this bike one of the most comfortable commuters you can buy in the United States.

Despite the relatively substantial structure, the total weight is only 55 pounds. You can cover the maximum range of 45 miles with guaranteed ride quality.

In keeping with its above-average total power, this commuting vehicle is equipped with Tektro hydraulic brakes, which are unparalleled in stopping ability.

The tires function admirably on virtually all paved surfaces. Additionally, it has mudflap-equipped fenders, front and rear battery lights, and the ability to accommodate various optional extras.

The Element is a great option for families with young children. It has many features to appeal to ordinary urban riders. It’s not overpriced, but it’s also not mediocre.

This model is classified as a Junior city e-bike due to its short saddle height. Fat tires provide excellent stability and comfort despite the lack of puncture protection.

They compensate for the lack of suspension and, more crucially, provide the user more freedom to engage in mild off-roading.

It has the same range assurance (45 miles) as the more expensive models of the same company. It boasts an adjustable kickstand and a clean, simple display with all the controls you’ll need.

It’s a great urban e-bike that exceeds expectations for its price range.

Even though Pedego isn’t widely known for its offroad offerings, the Elevate demonstrates that the company really ought to make more road, gravel, and eMTB bikes.

This one packs a punch but also knows how to keep things stable when you’re on the trail. The Shimano motor serves its intended job well, providing dependable assistance in a pinch. It has a moderate weight of 50 lbs and a good middle ground between extremes.

This mountain bike has a range of fewer than 60 miles. You can quickly and easily remove the tires and store them after usage. This bike has a complete suspension, providing you with comfort and ease.

When Pedego released its first electric mountain bike, they were met with skepticism. However, they didn’t compromise anywhere, as evidenced by the high-quality pedals and handlebars.

Platinum is a superior element used in the making of an electric bike. The Platinum version builds upon the foundation established by the original.

It is more expensive; however, higher quality components like hydraulic brakes and a longer range are worth the extra cash. It also features a platinum cantilever frame and a luxurious platinum finish.

This model has Schwalbe-made tires that are just the ideal combination of puncture resistance and comfort enhancement. Front and back lights are included.

The wide, upright-inducing handlebars and the specially crafted saddle give it the signature Pedego stamp of comfort.

Read Why Electric Mountain Bikes Are Worth the Investment

After unfolding to its full size, this folding e-bike has the same feel as a regular e-bike, making it a good choice for someone who is stockier in build but still wants the convenience of a foldable e-bike.

It’s a little heavier than its counterparts; however, it still has the Pedego advantage of having a lot of muscle and useful extras.

You should seriously consider this e-bike if you’ve tried other folding e-bikes before and have been disappointed by their performance.

When folded, it becomes really small, which is a great feature. It has fenders, front and rear lights, and a rear rack. Moreover, it has a convenient handlebar height and can go 30-mile.

The Ridge Rider is a front suspension electric mountain bike with a powerful 500W Dapu motor and other features that allow for regular decent off-road riding.

The e-torque-sensing bike’s assistance is particularly noteworthy since it is helpful while climbing steeper inclines and hills. Combined with the throttle-only setting, this feature helps keep the rider from putting unnecessary stress on their legs.

Its tires provide improved handling and stability. The maximum mountain bike range is only 35 miles on the low end. However, it has hydraulic disc brakes and a high-quality kickstand.

You can take a few extra bags of groceries or supplies on a relatively relaxing journey. The frame features a low threshold to make mounting and dismounting as painless as possible.

Most riders will find that the motor’s compromises on weight and noise are acceptable, given the degree of power it provides.

The dual battery configuration not only keeps the weight reasonable even when fully loaded but also guarantees an adequate riding range of up to 55 miles.

Full-length aluminum alloy fenders, front and rear LED lights, and a waterproof chain guard are standard equipment on this model.

The two-legged kickstand can support the hefty load. The wide tires, plush saddle, and suspension seat post guarantee you won’t be bothered by bumpy roads.

A tandem is a specific type of e-bike that two people can ride simultaneously. This version of the iconic Pedego cruiser is uncommon among electric bicycles.

The classic Pedego cruiser’s great features are present, including the upright handlebars, plush and wide saddles, and rear rack.

Riders who are short find it more comfortable to use the second set of handlebars on the back of the bike. This model has a standard range of 30 miles per charge.

This e-bike caters to riders who strongly like the tandem style of cycling and who demand the same level of comfort as when riding a Pedego.

Many people have come to respect this label and think it is worth the money. After all, this automobile company takes no chances when ensuring its products are of the highest quality possible.

They are well-liked for good reasons. Riders who put their faith in the brand are usually correct in the long run. It has been the driving force behind the company’s success for more than ten years.

Many people with expertise riding e-bikes have recommended this brand to newcomers because of the accessible design and generally positive experience. This brand is supported by a sizable dealer network in various parts of the United States. It offers generous warranties for up to 5 years. Furthermore, the customers choose can choose the color of their e-bikes.