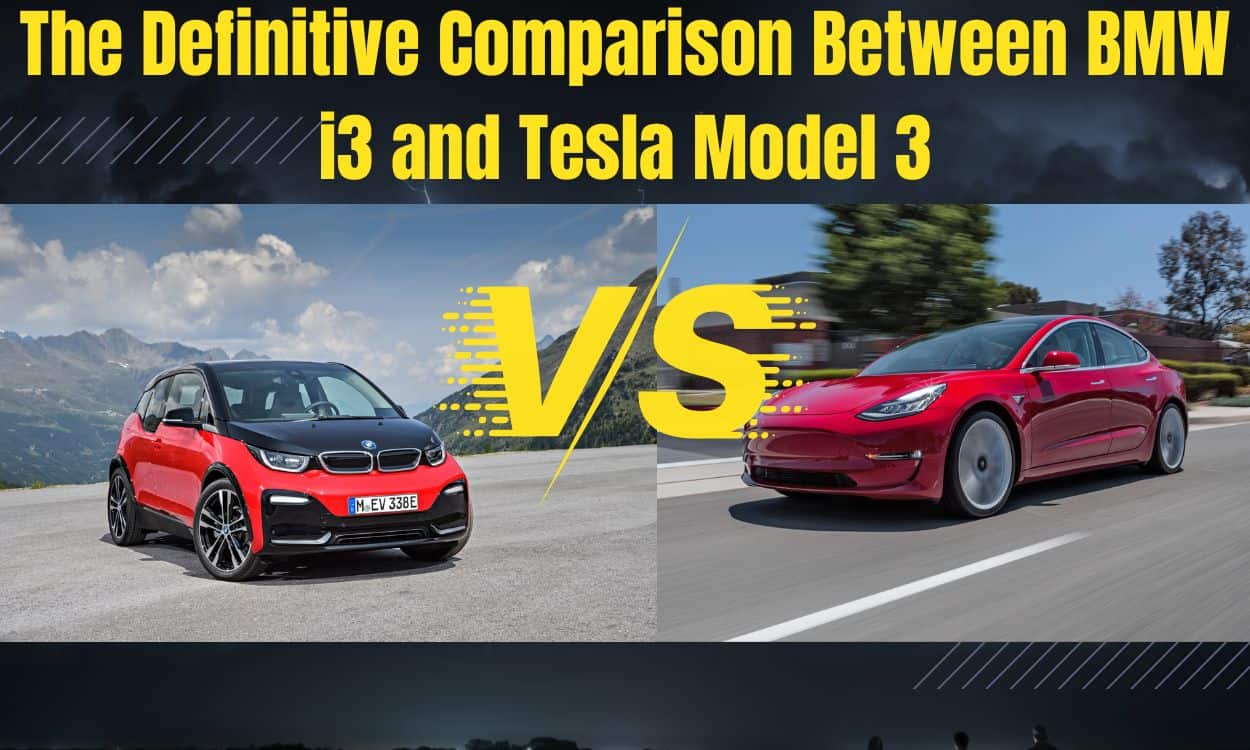 As battery technology improves, EV makers are introducing more range into their EVs. And the Tesla Model 3 and BMW 3 are no exceptions to the rule.

Both EVs offer advanced capabilities, tech, and better range. So there are good reasons to believe that either is good for you. Let’s take a look at how they stack up against each other.

A Quick Look at the BMW i3

A Quick Look at the Tesla Model 3

Also read: Are Electric Car Batteries Bad for the Environment?

Click here: How Long Can an Electric Car Idle With AC On?

This is one area where Tesla blows the competition out of the water. Motorists can engage Autopilot by moving the gear level twice downwards quickly.

The Autopilot system on the Model 3 consists of the following:

The EV can stay in its lane on the motorway. It can also adjust its speed to match the car in front. This ensures that the car can avoid a collision.

Autopilot uses up to eight cameras, radar, and 12 ultrasonic sensors. This makes the car hyper-aware of its surroundings.

As for the BMW i3, it simply doesn’t have any feature that even comes close. It is equipped with just a single camera. That isn’t enough to enable autopilot.

The round goes to the Model 3 with no competition from the i3.

BMW has been in the market longer than Tesla. They have experience on their side. It is no surprise that the i3 has superior build quality than the Model 3.

It is lightweight and makes good use of the battery pack.

Tesla’s Model 3 has had quite a few issues with the build quality. It has been likened to a 90’s Kia with gaps in the panel.

The Model 3 has also been reported to have quality control issues. Other complaints include:

With that said, the build quality of Tesla Model 3s has improved. This round goes to the BMW i3.

You may be getting a slower car with the i3, but at least it’s reliable.

So there you have it, a comparison between the Model 3 and BMW i3. Both electric cars in California have their pros and cons.

Prices for both cars are very similar at around $40,000-$50,000. If you want more range, go with the Model 3. But if you value build quality over everything else, choose the i3.

Let us know which electric car you believe is superior.