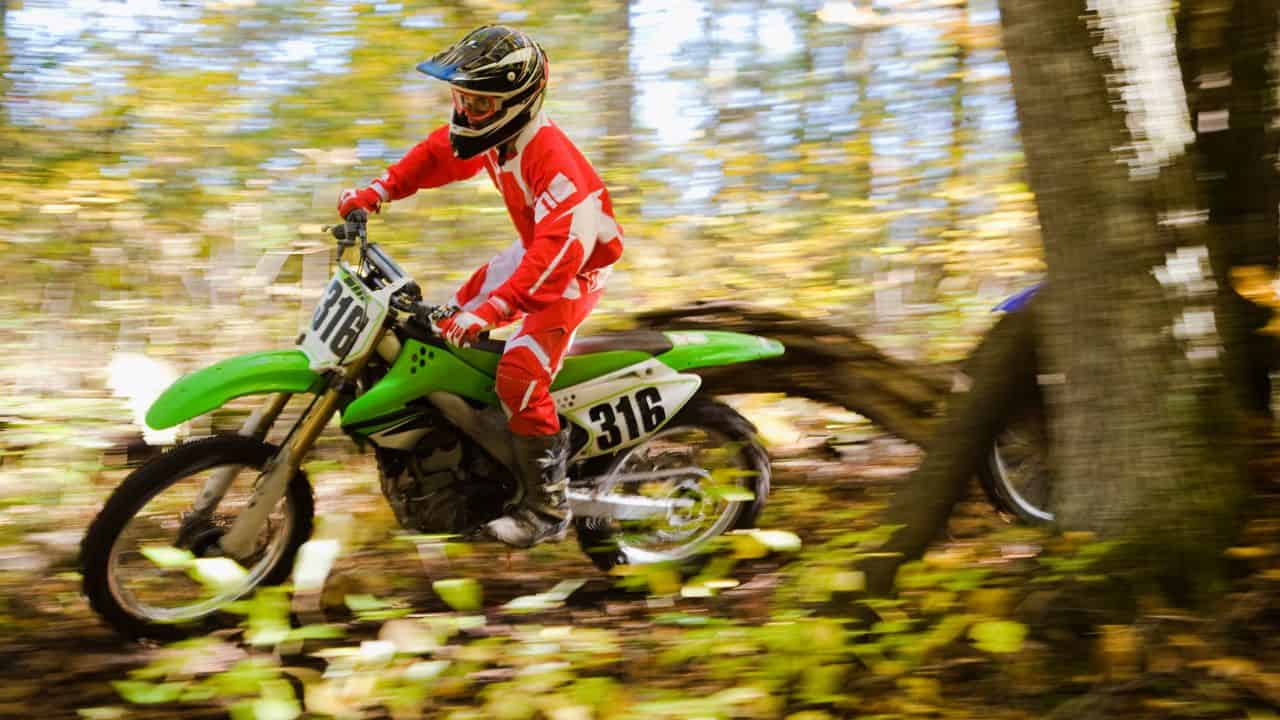 In the past few years, there has been a surge in the purchase and use of electric bicycles, also called e-bikes, in the USA. This popularity of electric bikes can be attributed to their feasibility, as they allow the rider to peddle, and at the same time, the throttle provides an extra boost of speed and power that distinguishes electric bikes from ordinary bicycles.

The electric bikes are equipped with a low-speed electric motor, the main driving force that allows the e-bikes to climb up the hills and cover a much greater distance than a bicycle.

The reason for the increased popularity of e-bikes varies, as some people purchase them for a cheap commute than cars. Others prefer it over bicycles as e-bikes are less physically demanding. 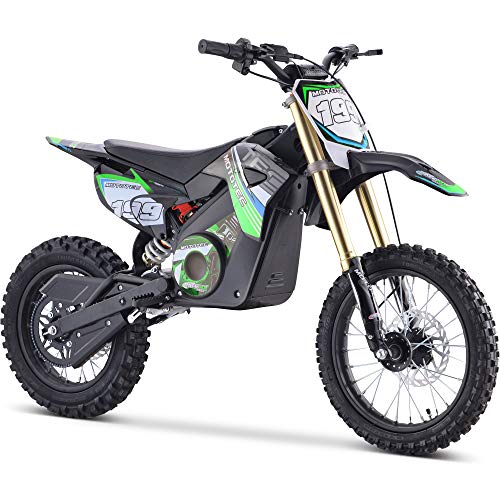 According to the National Conference of State Legislatures, different states in the USA are working to distinguish a set of regulations for the operation and use of electric bikes, considering if they are safe to ride on roadways or sidewalks.

All the states are coming up with their respective rules, which have become necessary as electric bikes are gaining popularity as an environmentally friendly and cost-effective commuting mode.

Can You Ride an Electric Dirt Bike on the Sidewalk?

The straightforward answer is no. You cannot ride your electric dirt bike on a sidewalk. An electric bike is equipped with a motor that propels and assists the electric bike, which can go up to 20 miles per hour.

In every way, an electric bike is considered a vehicle, and you cannot ride a vehicle on a sidewalk. It is dangerous for pedestrians and may be illegal in many states of the USA.

Electric dirt bikes are designed to ride on off-road terrains, mud, and dirt. They are very different from bicycles and motorcycles, as they lack several safety features, and their speed can cause injury to the rider or a pedestrian.

Now that you know why you should not ride your electric dirt bike on a sidewalk, consider that most states might make amendments and changes in the laws related to electric bikes. It indicates that your electric bike can be classified and categorized as a non-motorized bicycle, motorcycle, or vehicle, and then corresponding rules are applied.

Are Electric Bikes Safe to Ride on Roadways and Sidewalks? 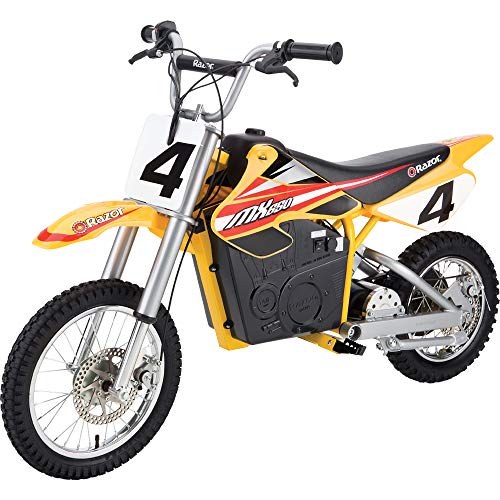 The speed and operation of an electric bike are different from scooters, bicycles, or other motorized vehicles. The biggest challenge for legislators is to determine where an electric bike can be allowed to ride.

Whether you are a beginner or an electric bike enthusiast, you should be aware of the local legislation and bike regulations in your city or state.

Before purchasing an electric bike, you should consider your riding limits and whether you will benefit from the electric bike like you are hoping to.

Many Americans consider electric bikes a fun way for commuting and recreation, as the riders enjoy the high performance and the power boost that an electric bike provides. These benefits are pushing several states of the USA to adapt their laws to this new commute and allow the riders access to forests, national parks, and wilderness.

Before you take out your electric bike on the road or sidewalks, you must acknowledge yourself with the specific electric bike regulations in your city or state.

Read How to Charge an Electric Bike Battery at Home?

Why Should You Not Ride Your Electric Dirt Bike on Sidewalks?

The most prominent answer to this question is that electric bikes are too fast. You are bound to bump into several people while walking on a sidewalk, and imagine how difficult it would be to maneuver around them when riding a motor-assisted fast electric bike.

Sidewalks are meant for slower traffic, and riding a motorized vehicle on it invites risks for pedestrians’ lives.

Manufacturers design electric bikes to race on muddy terrains and around obstacles, and expecting them to work just like regular bicycles on a sidewalk bustling with people will definitely result in an accident.

Another contrasting feature that distinguishes these electric bikes from motorcycles and bicycles is that they do not have safety accessories that allow the riders to have better control over their electric bikes.

Electric bikes are not equipped with side mirrors and warning horns, which means that there is no way you can warn a person at the last moment that you are behind them.

Several states in the USA have implemented proper regulations regarding electric bikes, while others still haven’t updated their policies and legislature that distinguish a bicycle from an electric bike.

Before we dive into solving the question of whether one can ride an electric dirt bike on the sidewalk, know the classification of e-bikes and where your bike fits.

Class 1 e-bikes have a speed of 20 miles per hour. They are low-speed and peddle-assisted electric bikes and an electric motor that only works when the rider pedals.

The bike ceases to provide additional power and assistance when it reaches 20 miles per hour speed, and class 1 electric bikes are commonly used for recreational purposes like biking and exploring. 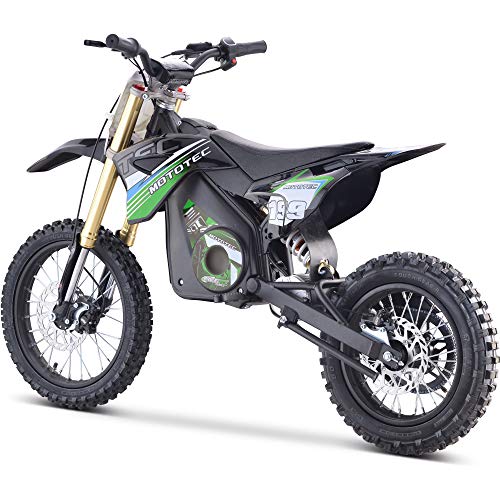 Class 3 electric bikes are equipped with a motor that assists the riders only when they are pedaling and ceases to stop assisting when the speed reaches 28 miles per hour.

Class 3 electric bikes are called pedal-assisted electric bikes, and they are unique in having a speedometer. They have a higher speed than class 1 or class 2 electric bikes and act as an alternative to motorcycles in many aspects.

Due to their qualities, Class 3 electric bikes are restricted in many states, which impose additional safety regulations on these electric bikes.

Now that you know the category your electric bike falls in, you can look at the specific laws for the area you will be riding in.

Read How Can You Protect Your Electric Bike from Getting Stolen?

When Is It Okay to Ride an Electric Dirt Bike on a Sidewalk?

Whether or not an electric bike is allowed on sidewalks depends on individual state legislatures. Many statehouses are focusing on revising older laws that categorized electric bikes as scooters and introducing new registration and licensure procedures. Others are creating a three-tier classification system.

According to the Consumer Product Safety Act, a low-speed electric bicycle is defined as a two-wheeled or three-wheeled vehicle with wholly operable pedals with an electric motor of less than 750 watts (1 h.p.). Its maximum speed is less than 20 mph on a paved surface when powered solely by such a motor while ridden by an operator who weighs 170 pounds.

The following states of America have prominent laws regarding the operation of electric bikes. 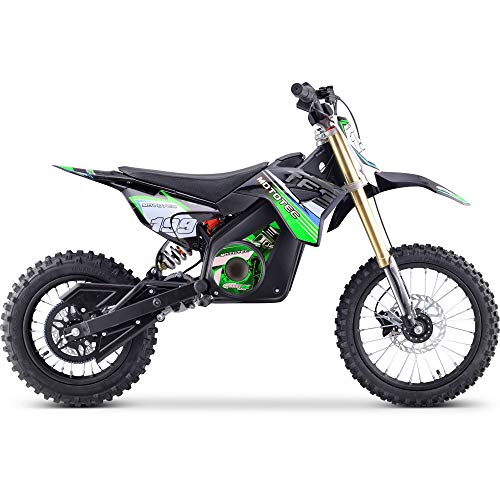 Other states lack a specific distinction and category for electric bikes, as they are classified as motorized bicycles or mopeds.

For example, in St. Louis, you can ride any bike on the sidewalks or streets without them being considered illegal. Considering the above question, “Why should you not ride your electric dirt bike on sidewalks,” it is better not to ride an electric bike on a sidewalk even if the local transportation department allows it. Case an accident happens between a pedestrian and an electric bike rider, it can result in severe injuries for the pedestrian.

The three-tiered electric bike system creates differentiation between different models of electric bikes according to the power of their motors and speed. This system allows for distinguishing the safety and operational requirements of these electric bikes.

New Jersey had established a two-tiered system, which only defined classes 1 and 2 of electric bikes. Later, they modified the description of “motorized bicycles” to include class 3 electric bikes.

Some states allow exceptions to these general rules that prohibit using electric bikes on sidewalks and categorizing them as motorized vehicles.

Electric bikes can be used on sidewalks if the property owner allows you to do it or if there are no passersby that you can bump into or injure with your electric bike.

However, none of these emergencies allow anyone to ride or race an electric bike without a training certificate or if they are under the age of 14.

There are specific operational requirements that every rider must follow before mounting or riding on their electric bike. In New York, an electric bike rider must wear a protective helmet and clothing, and the electric bikes must be equipped with taillights, a headlight, and a standard brake system.

In some states like Washington, electric bike riders must add a few accessories to make their electric bike street legal, including a license plate so that the rider and electric bike can be identified while riding on the streets or sidewalks.

Brakes, an exhaust system, and the right kind of wheels are necessary if you want to ride your electric bikes on paved roads or sidewalks. Installation of a rearview mirror, headlight, and taillights is also essential.

Read Why Electric Bikes Are So Expensive?

Where Can You Ride Your Electric Bikes Beside Sidewalks?

Bike trails in every state have specific requirements for the type of electric bikes allowed. You will need to pay for the membership fee and registration stickers and come with the full riding gear to take advantage of the freedom granted to ride your electric bike.

Motocross tracks are the best place to enjoy riding your electric dirt bike, as they offer jumps, turns, and other obstacles where you can use your special riding skills. The USA’s best motocross tracks are Redbud MX in Michigan, Southwick 338 in Massachusetts, and Washougal in Washington.

Electric dirt bikes are not at all suitable to ride on sidewalks. Even if you go through the whole procedure of registering your electric bike, adding a license plate, and installing accessories that will make it legal like rearview mirrors, headlights, and taillights, it is still illegal in many states of the USA to ride electric bikes on the sidewalks.

Even the most minor inconvenience can cause serious injury to the rider and passersby on the sidewalks, and the associated danger doesn’t allow you the freedom to ride your electric dirt bikes on a sidewalk.