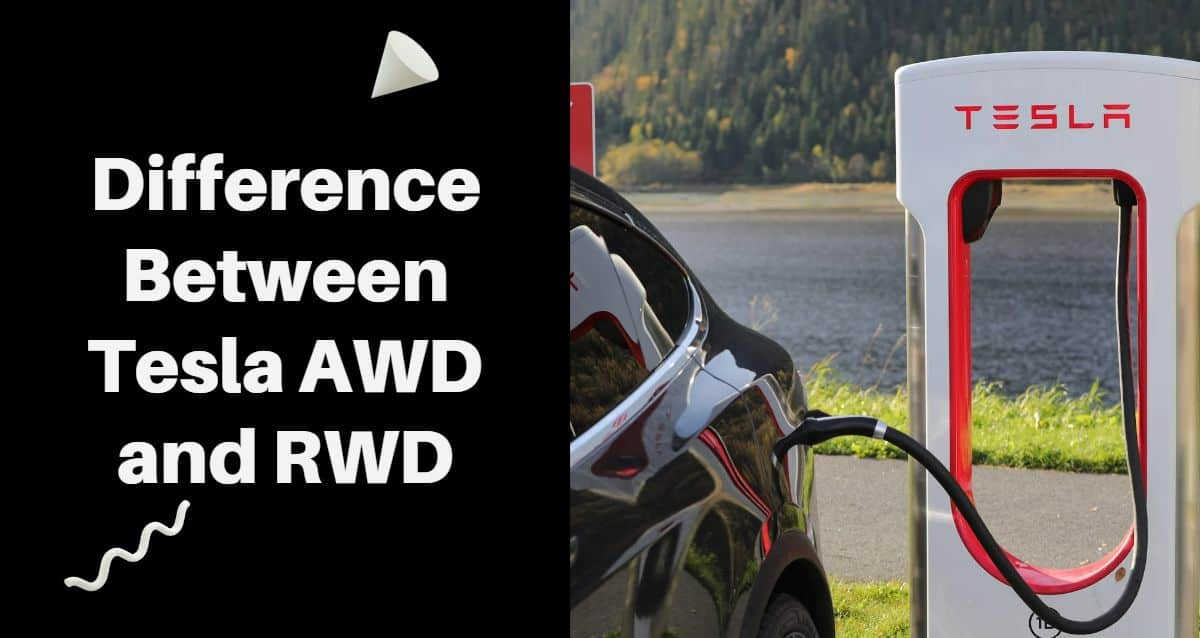 So what’s the difference between a Tesla RWD and AWD? Tesla keeps pushing the envelope year after year with electric car technology.

The addition of a second engine can be a game changer for electric cars. This increases their horsepower, top speed, and towing capability. But AWD isn’t as fool-proof as we like to think. The second engine adds more weight to the Tesla and may decrease range.

What Do the Acronyms Refer to?

AWD Teslas can take complete advantage of the onboard engine. This allows them to generate more power.

Comparing the Tesla AWD and RWD

The difference between both Teslas isn’t dramatic. For everyday motorists, an RWD is just as good as an AWD.

For performance enthusiasts who are fond of crunching numbers, an RWD just won’t cut it. For having a second motor the AWD isn’t dramatically faster.

A cursory look at the Tesla’s FWD and RWD shows a slight performance improvement. Here are the lap times for Tesla AWD vs. RWD:

This is a major performance improvement. The AWD has the best driving metrics with superior horsepower.

A major reason motorists opt for AWD is its performance outside the tarmac. So if you’re always driving in the snow and sand, choose an AWD.

A Tesla AWD has a major advantage over an RWD, thanks to raw driving power. There is more acceleration that allows an AWD to scale steep hills.

A Tesla AWD with all-season tires is the ideal solution for the rain and snow.

Also read: Can You Put Gas in a Tesla? The Surprising Answer

The Pros and Cons of AWD and RWD in each Tesla

This section looks at how AWD and RWD work on each Tesla model. Motorists can buy a Model Y with an AWD and RWD. The Model Y is a significant upgrade over the Model 3 and X. It offers more seating space for cargo and seating.

The interior is also bigger in the Model Y. The most popular versions of the Model Y are the Performance and the Long Range.

The Performance option is about $10,000, more expensive than the Long Range.

The latter offers users superior acceleration and top speed. But the AWD option isn’t worth it unless you take your Tesla on the racetrack.

The AWD option is heavier due to the second motor. It offers more torque and power, but rapidly eats up more miles.

The Model Y with its AWD trim is ideal for motorists seeking off-the-road performance. Here are the pros and cons of The Performance:

The Model Y is no slow poke despite having a single engine. But the battery pack is only capable of covering 250 miles per charge.

Elon Musk himself wasn’t too fond of the Model Y’s range. Tesla even went so far as to remove the Model Y from their website.

However, the car is still available for purchase on special order. After realizing the high demand for the Standard Range, Tesla now sings a different tune.

Musk now believes that the Standard Range is a great entry that meets Tesla’s standards.

Here are the pros and cons of the Model Y RWD.

A Quick Look at the Model 3

The Model 3 is among the more affordable Teslas out there. This does not mean that it is a bad car.

The Model 3 comes with several improvements. Its Long Range and Performance trims use AWD systems. There is a cheaper RWD system that will be discussed below.

The Performance version more than makes up for this in acceleration and speed. It is one second faster than the Long Range from 0-to-60 mph.

The Model 3 is a sedan with four doors. The interior spacing in Model 3 is less than the Model Y.

The all-drive system in the Model 3 works really well in off-road conditions.

Check this: Is It Possible to Jumpstart a Tesla?

The Model 3 Rear Wheel Drive offers 267 miles on a single charge. It comes with a top speed of 140 mph.

All Model S vehicles come with an AWD system. They are available in two trims: Long Range and Plaid.

As the name suggests, Long Range offers more miles per charge but it is slower. The Plaid trim offers more speed but has less range.

In other words there are tradeoffs for speed and range.

The number of motors is a significant difference between the Plaid and Long Range trims.  The Plaid has three motors. The Long range uses two engines.

It comes as no surprise that the Plaid version costs a lot more. Expect to spend at least $35,000 more on the Plaid than the Long Range.

The top speed of the Plaid is 200 mph. This blows the Long Range’s 155 mph out of the water.  But do you need the Plaid for general commuting?

For practical purposes, both trims are essentially the same. Here are the pros and cons in a nutshell.

All Model X trims use AWD systems. Tesla was initially planning to sell RWD systems but chose not to.

The Plaid trim is outfitted with a Tri-motor system. This version costs $15,000 more than the standard Model X. It can do 60 mph in just 2.5 seconds. The top speed for this EV is 163 mph.

Click here: Can You Get a Tesla Without a Sunroof? [7 Reasons]

Comparing the Features of Tesla’s AWD and RWD Versions

This comparison will not be complete without looking at other features of Tesla electric cars. All Tesla versions offer a superior range.

The difference mostly boils down to horsepower and top speeds. The drivetrain of the Tesla EVs plays a big role in performance.

However, for practical purposes, all versions should be good for motorists. But performance enthusiasts will want to buy AWD versions.

Here are a few features to compare when buying Tesla EVs.

These systems allow the Tesla EV to distribute power equally to all wheels. On the other hand, Tesla vehicles with RWD systems have a single motor.

This system only delivers power to the wheels at the rear. The torque in Tesla RWDs is excellent and does reasonably well in all terrains.

However, the AWD drivetrains are a favorite because of their superior horsepower. Some Tesla AWDs, like the Model X Plaid, comes with three motors. This dramatically increases their top speed.

AWD Tesla vehicles are outfitted with a superior power distribution system. Their drivetrain can detect traction performance and adjust performance depending on traction.

These EVs also have higher ground clearance. This is useful for off-road performance. Tesla RWD systems struggle in off-road environments.

This is because the rear wheel doesn’t provide enough torque to all wheels. Tesla AWDs are a clear winner for off-road activities here.

The chances of Tesla AWDs getting stuck in the mud are slim.

Tesla AWDs are generally faster than RWD systems. This, even though they are heavier. The faster speed is attributable to the power distribution on all wheels.

Tesla AWDs are an excellent option if you want faster lap times. But for getting to and from work, Tesla RWDs will do just fine.

Tesla AWDs are more expensive because of their superior performance. It can also cost more to charge these electric cars in California.

The long-term cost of owning Tesla AWDs is higher as a result. The Tesla RWD is a good option for the daily commuter.

The cost of recharging Tesla RWDs is relatively inexpensive. Besides, Tesla RWDs come with excellent features and provide good performance on the tarmac.

It can be tough to choose between Tesla AWDs and RWDs. Understanding the difference in their performance can help you make a decision.

If you are a daily commuter, we recommend going with Tesla RWDs. But if you want to maximize performance out of your Tesla, then go with AWDs. For off-road performance, we recommend Tesla AWDs. This is because they offer superior traction and torque in all terrains. Besides, the handling and driving experience of Tesla AWDs is better.