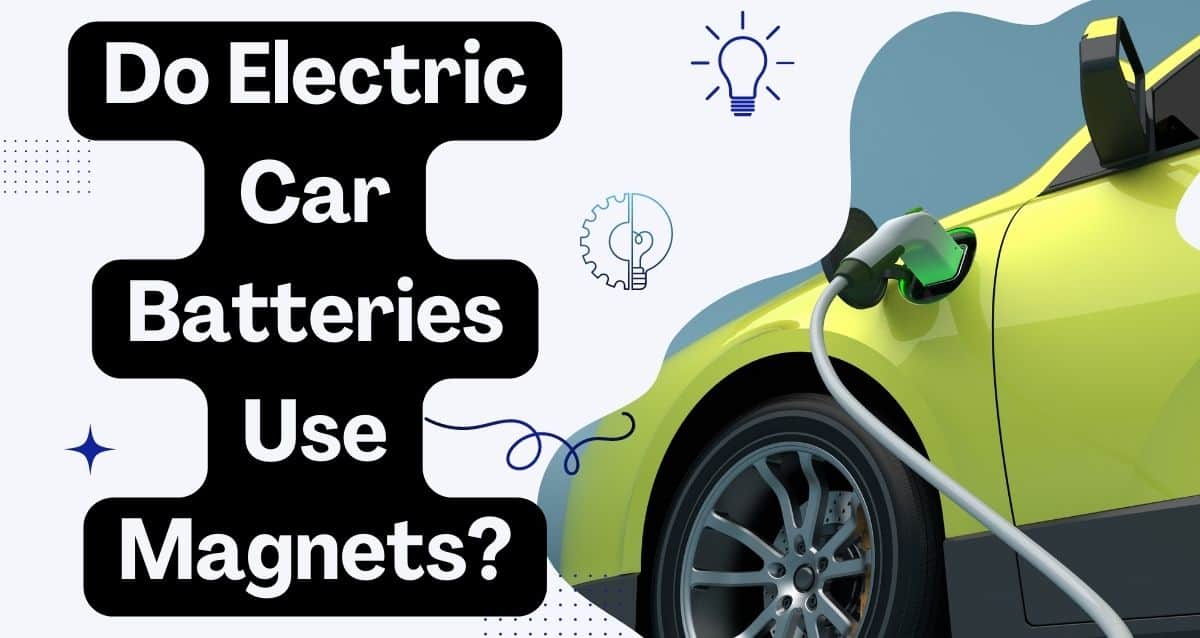 Electric car batteries work behind the scenes to make the tech behind EVs possible. They are the future of the automotive industry and require a lot of tech wizardry.

What’s Inside an Electric Car Battery

Electric cars in California use the same type of batteries used in smartphones and laptops. These lithium-ion batteries are affordable, easy to manufacture, and widely available.

Unlike batteries for most gadgets that have a defined time, EV batteries have a range. It is the distance an EV can travel before running out of charge.

Electric car batteries consist of hundreds, sometimes thousands, of cells. These cells are strategically arranged in the battery to maximize charge. The more cells a battery has, the more range it has.

There is a fourth type called coin cells, but they are currently under development. Coin cells have never been used in electric vehicle batteries.

The number of cells in a car depends on its make and model. Cylindrical batteries can contain 9000 cells. Pouch cells only have a few hundred cells.

Prismatic cells have an even lower number of cells. Let’s take a more in-depth look at the three configurations.

Manufacturers prefer to work with cylindrical cells because they are easy to produce. These cells are already self-contained in a casing that is relatively isolated from the outside.

The technology is also very cost-efficient and has reached a stage of maturity. This makes cylindrical cells easy to manufacture.

Due to their shape, cylindrical cells have a major limitation regarding power. This explains why hybrid vehicles use prismatic or pound cells to deliver more power.

The most popular cylindrical cell formats are 21700 and 18650. They provide the sweet spot for the ideal surface area and heat dissipation.

Manufacturers favor larger cylindrical cell formats such as the 4680. This is because their internal design allows for more efficient heat transfer.

Electric cars in California that use cylindrical cells are Tesla models and BMW EVs.

Prismatic cells have a rectangular shape that allows the stacking of multiple battery units in modules. Their chemistry is enclosed in a robust and durable casing.

There are two different types of prismatic cells:

A major advantage of using prismatic cells is that it reduces manufacturing defects.

This makes them more useful for energy-intensive applications.

These can deliver more power compared to the other types of cells discussed above. Pouch cells also maximize real estate in batteries.

There is a caveat, though: their soft casing.

This means that pouch cells are very vulnerable to external forces. They have the least mechanical resistance out of all the cell types.

This is why manufacturers need to reinforce the structure of pouch cells. The result is that it increases the time spent on manufacturing and cost.

Most electric cars use lithium-ion batteries. Their main components are as follows:

The batteries are further made of five technical elements:

However, these elements’ exact composition and ratio depend on the battery and EV. All batteries combine manganese, iron, lithium, and other metals in varying compositions.

However, they all make sure to use lithium cores. This is a primary reason why the demand for lithium has skyrocketed.

There are few substitutes for lithium; all other metals can be replaced. The market for lithium-ion battery packs has aggressively grown over the years.

Many countries are laying more expansive infrastructure to meet the growing demand for electric batteries.

Moreover, governments are working to establish a viable supply chain to meet demand. EV batteries and their components have been the subject of core policies in the US.

China has the biggest supply chain market for precious metals. However, many governments are hoping to establish their own supply chains.

Most of the cobalt is spruced from the Democratic Republic of Congo. Australia, Brazil, and Indonesia provide the largest number of nickel reserves.

Bolivia, Argentina, and Chile contain 75% of lithium on the planet.

As mentioned earlier, the most popular battery chemistry is Lithium-ion. The technology uses lithium for carrying electric charges between electrodes.

Let’s take a look at the most popular battery chemistries.

A major reason why manufacturers prefer Li-ion batteries is because of their favorable power-to-mass ratio.

Heavier components can lead to various issues, such as reduced range. Moreover, it takes more energy to start and stop heavy vehicles.

More importantly, it is easier to recycle lithium-ion batteries. This makes them a good choice for companies prioritizing the environment before profits.

Electric vehicles have a more severe demand for Li-ion than consumer electronics. The energy density of Li-ion battery packs is approaching its limits.

This is prompting researchers to look at new materials to meet the insatiable energy demand.

NIMH is better suited to plug-in hybrid EVs (PHEVs) and hybrid EVs (HEVs). NMH lasts longer than lithium-ion and lead acid, but it does have a few disadvantages.

They are less expensive to produce compared to Li-ion. However, they have very high self-discharge rates when allowed to sit idle.

NIMH batteries also release too much heat when operating. The heat buildup can reduce the battery’s life cycle. They can also release hydrogen which can be dangerous.

An increase in the demand for NIMH technology would affect consumer electronics such as computers. Most power tools also use NIMH batteries.

This means that demand for NIMH would also impact the construction industry.

Solid state electrolytes address all of the disadvantages posed by Li-ion.

A major concern using Li-ion is that of fire. The flammable liquid in Li-ion batteries are not easy to extinguish. For perspective, a Tesla fire took more than 4,500 gallons of water to extinguish.

In addition, handling Li-ion batteries requires trained personnel. The fire department would have to allocate additional resources to train its personnel.

Automakers are switching to solid-state batteries to inspire more confidence among motorists.

Solid state batteries occupy less volume compared to Li-ion batteries. This is important because most EV batteries are heavy and affect car handling.

To combat this, manufacturers are seeking alternatives like solid-state batteries to improve handling and range.

The technology uses a solid disc electrolyte compared to Li-ion, which uses a liquid electrolyte. Many scientists believe that solid-state technology is the perfect solution for various devices.

Many devices like wearables, RFIDs, and pacemakers use solid-state batteries. However, the technology is still in its earliest stages.

It will take some time before solid-state batteries are more stable for use with EVs.

Unfortunately, the extraction of these metals is considered to be environmentally dangerous. Most metals are found in select areas, such as South America.

The mining of these metals has been the subject of much debate. Reports are emerging about humanitarian concerns and interference from world governments.

Lithium also uses too much water, which can compete with resources for agriculture. However, using lithium is the lesser of two evils compared to crude oil.

The EEA found that EVs in Europe release fewer GHG than their petrol counterparts. Moreover, researchers are finding new ways to extract metals without harming the environment.

Another primary concern is the recycling of EV batteries. Experts believe that recycled materials will play a role in the manufacturing process. This will only happen once the industry matures.

EV makers have poured billions to reduce the environmental costs of manufacturing batteries. Now the goal is to find a way to recycle the metals cheaply without mining..

This practice will become more commonplace as companies spend more R&D on the environment.

What Happens to EV Batteries When They Die?

All devices will reach the end of their life eventually. And batteries are no exception.

Manufacturers haven’t found a way to recycle electric vehicle batteries properly. As a result, dead batteries end up in landfills.

This is a significant problem because EV batteries release heavy metals and toxins. In other words, we’re back at square one: are EVs really perfect for the environment?

Most EV batteries have a lifespan of 10 to 20 years. Tesla is currently working on their million-mil battery.

Also, the proliferation of solid-state batteries could help out the environment. Until then, manufacturers will have to find clever ways of reusing dead batteries.

So, Do Electric Car Batteries Make Use of Magnets?

The main components in an EV battery are lithium and carbon. These elements are not magnetic.

Lithium is an alkaline metal. Moreover, adding a magnetic charge to lithium will not affect the battery.

Researchers are studying the behavior of Li-ion batteries in the presence of magnets. It is believed that magnets could help improve battery performance.

Researchers think that a magnetic field could align carbon graphite flakes with electrodes in-situ. This alignment may provide lithium ions a better path to travel in the battery.

The result is improved battery performance. But keep in mind that this is still in the realm of research.

What Would Happen If I Keep a Magnet Near my EV Battery?

It is strongly advised not to keep magnets near your EV batteries. For the most part, nothing outrageous will happen.

One theory is that the magnet will deplete the battery’s capacity. However, this won’t be enough to cause a noticeable change in your battery.

The battery drain may be more significant in the presence of a bigger battery.

Just to be safe, we advise the reader to keep magnets away from the battery. Keep the batteries in a separate container.

So there you have it, the inner workings of batteries in Electric Vehicles. No, electric car batteries do not use magnets.

However, electric motor cars do use magnets to facilitate motion. Some EV manufacturers may not use magnets.