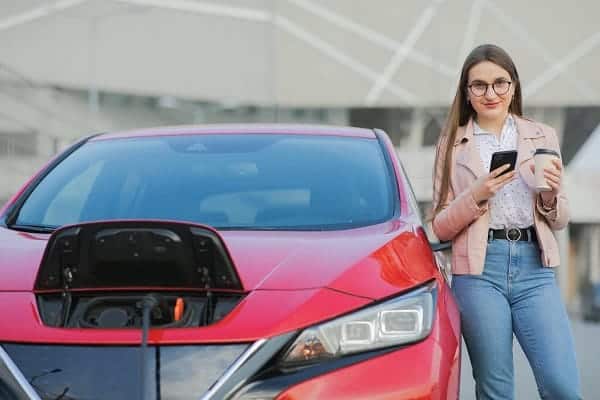 Almost all of us have seen how lithium-ion batteries degrade over time in our smartphones.

When brand new, lithium-ion batteries provide good performance. But as they deteriorate with time, you will need to recharge batteries more frequently since their capacity goes down.

When the electric car battery deteriorates, its capacity will reduce. Hence, its range will go down. That is, you will be able to travel less distance after charging the battery. A time will come when the battery will need to be replaced.

As a result, the lifespan of the electric car battery is a cause of major concern for prospective and current electric vehicle owners. However, analysis carried out by Geotab shows that car batteries have a reasonably good lifespan.

If batteries were to degrade according to the rates observed, then most of the batteries would last longer than the usable life of these electric vehicles.

You may know that an older vehicle means increased battery deterioration. However, the average rate at which the battery deteriorates each year is quite minor. There is a loss in the range of 2.3% each year on average across various electric vehicles.

This means that if you buy an electric vehicle today that has a range of 150 miles, then after five years, the loss in range will be just 17 miles. This is unlikely to have a major impact on your day-to-day activities.

The loss is even smaller if you maintain your battery well. The loss rate then falls down to just around 1.6% on average across all vehicles.

The vehicles that are coming out today have larger battery packs. This means that the range is longer. And losing just a small fraction of that range should not offset the benefits that electric vehicles offer.

But even then, there are reasons for you to take steps for improved battery health.

The state of health of a battery can, for instance, impact the residual value, with well-maintained batteries having better value.

Once retired from the vehicle, well-maintained batteries can see use in other forms besides the vehicle. Such batteries need to be in good condition.

You can completely prevent aging. But certain processes accelerate aging, which you can delay. For example, smoking causes you to age faster. So one preventive measure to slow down aging is to stop smoking.

Likewise, for batteries, a lot of fast charging can mean faster aging. The preventive action to take in this case is to reduce peak current.

That is, if you can handle your battery with care, it may last for a longer period.

When you buy a new mobile phone, you may find the battery charge at 50 to 60 percent. That is a good region within which to maintain your battery. It is best not to keep the battery fully charged or fully empty.

The same principle applies to electric vehicle batteries. The best thing to do is to keep the battery levels between 20 percent to 80 percent.

This state becomes more important, especially if the battery will be left unused for longer periods. You should charge the battery fully only for trips over long distances.

Lithium-ion batteries last longer when they are not always fully emptied or fully charged.

Electric vehicle manufacturers are aware of this fact. Hence, the design of the battery management system so that it shows 100 percent charged even though it may be 90 percent charged, for instance.

The 10 percent gap is the buffer that helps to prevent overcharging. Not fully charging the battery can always improve battery health.

Even with this buffer, you should charge your battery to around 80 percent. But if you will need to make a long trip, it is fine to charge it to a full 100 percent.

You should not frequently allow the car battery to drain under 5 percent. If the battery is drained to such a low level, you should charge it as quickly as possible.

If you let the battery stay under 5 percent charge for a long period of several weeks, then the battery may undergo permanent damage.

In the analysis carried out by Geotab, it was noted that the use of DC rapid chargers (50 kW and more) results in faster battery deterioration.

After 48 months, it was found that electric vehicles driven in a warm climate that is rapidly charged more than three times a month have an 80 percent SOH.

A new battery has a 100 percent SOH. Batteries that were never rapid charged were found to have a 90 percent SOH after the same period.

Rapid charging batteries in a warm climate can mean a faster rate of capacity loss. Hence, you should use DC charging stations only when it is absolutely necessary. At all other times, you should slow charge at home.

When rapid charging, it is better to stop when the battery level reaches 80 percent charge.

There is a charging curve for each battery that is plugged in. Hence charging the final 20 percent can take as long as the first 80 percent.

The climate is not within the control of electric vehicle owners. However, they should do their best to avoid very high temperatures.

Owners living in hot climates may not be pleased to know this.

Electric vehicles have cooling systems in place for batteries to reduce high-temperature rises, which can damage batteries. However, drivers can protect the battery when it is operated in warmer temperatures.

When temperatures are high, you should not leave your electric vehicle out in direct sunlight.

You should not leave a fully charged electrical vehicle parked in high temperatures for long periods of time.

If you know that the electric vehicle will be staying outside in the heat for a long time, you should not charge it more than 80 percent on that day unless you need the extra range.

Cold temperatures do not display the same effect on battery health. However, cooler temperatures can bring down the range because of the slower chemical reaction in the battery. This limits available energy.

This loss in the range is temporary because as soon as the battery reverts to normal temperatures, its original range is restored.

If you are interested in buying an electric car, then besides the cost, you will want to know how long the battery will last. Battery life is a major concern for electric vehicle customers since this is what powers these vehicles.

Your electric car and phone may have the same lithium-ion battery. However, there is a difference in how they charge and discharge.

Electric car batteries make use of a buffer that manufacturers design to prevent overcharging and emptying the battery completely. Thanks to this buffer, you cannot normally charge your car battery to a full 100 percent or discharge it to a full zero percent.

The zero to hundred percent charging cycle is what is most damaging to these batteries. Hence, electric car manufacturers have designed systems to help avoid this by using buffers.

Compared to cars, battery degradation is less important in phones because most people replace their phones every 1 to 3 years on average.

Thankfully, in electric vehicles, there is a standard eight-year or hundred thousand mile battery warranty.

How reliable are electric car batteries?

First-generation electric vehicles such as the Nissan Leaf are now over a decade old. The Driver Power owner satisfaction survey shows that the Nissan Leaf is a very reliable used car.

Over 90 percent of owners said that they experienced no issues with their Nissan Leaf cars in the survey.

There are a few sensible steps that you can take to keep your electric vehicle batteries in good condition for a longer period.

You should not overcharge the battery. Keeping the battery at 100 percent charge all the time can be detrimental. Laptops are known to lose their battery capacity faster if you leave them plugged in all the time.

You should let the battery charge fall down to 20 percent before recharging it. You should then recharge it to about 80 percent.

You can take advantage of the simple steps shown above to ensure that batteries have better health for a longer time duration. However, you should keep in mind that electric vehicle batteries are designed to undergo minor degradation with each year of use.