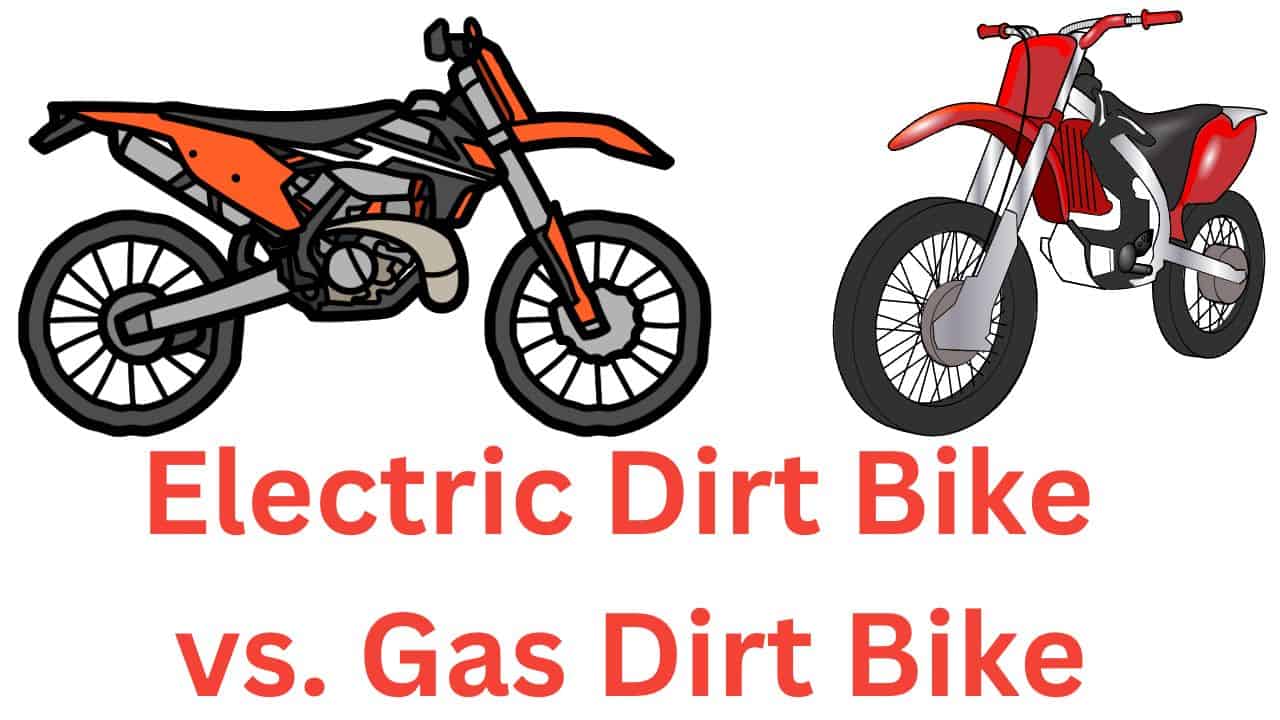 Are you attempting to select a dirt bike driven by electricity or one fueled by gas? If this is the case, you are in the correct spot.

This article aims to provide you with a side-by-side comparison of electric and gas-powered dirt bikes so that you may determine which one is more suited to meet your requirements.

We will contrast them, point out which one performs better, and identify the different types of people who would benefit most from using each one. In addition, we will discuss the benefits and drawbacks of using them.

Electric motorcycles have recently seen a surge in popularity, just like electric cars have done in recent years.

Most people have the misconception that they will automatically save enough money on gas to validate the purchase. Or they aim to reduce their environmental impact and live more sustainably.

Without further ado, let’s examine both bikes’ pros and cons.

What is the Difference Between an Electric Dirt Bike and a Gas Dirt Bike?

The primary difference between an electric dirt bike and a gas dirt bike is the mechanism by which they are powered.

Pros and Cons of Electric and Gas-Fueled Bikes 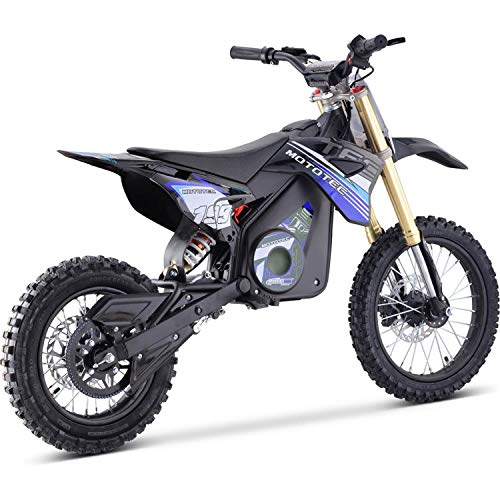 Changing the drive belt on an electric bike at the specified mileage interval and the tires and brakes whenever they become worn is considered routine maintenance.

On an electric motorcycle, there aren’t nearly as many moving parts or components that require servicing.

After starting, riders can instantly begin using their electric bikes. Unlike with a gas-powered bike, there is no need to wait for the bike to warm up before riding it. This helps to reduce the amount of wear and damage on the bike.

There are several possible causes. However, it should be emphasized that overheating is a much less likely explanation.

Gas cost reduction is a significant factor. This is the primary motivation behind purchasing an electric bike for many individuals.

Similarly, this is the primary reason most people buy motorcycles in the first place, regardless of whether they are gas-powered or electric. An electric bicycle is the most effective way to achieve these energy savings.

When it comes to electric vehicles in general, one of the most significant issues is that they do not have a sufficient driving range before the battery needs to be recharged.

Thankfully, battery technology is advancing, and with it comes an increase in capacity and range. Technology that speeds up the charging process will continue to advance with the rising demand for electric vehicles. In addition, there is a steady increase in the number of charging stations installed.

Impact on the Environment

Since the bike’s engine does not undergo combustion due to the lack of ignition, no carbon dioxide or other hazardous gases are released.

The bike is good for the environment since it produces no gas emissions. No harm will come to animals or humans from their use.

This ensures that no exhaust gases will be released into the atmosphere, making them a far more environmentally friendly choice than other options. 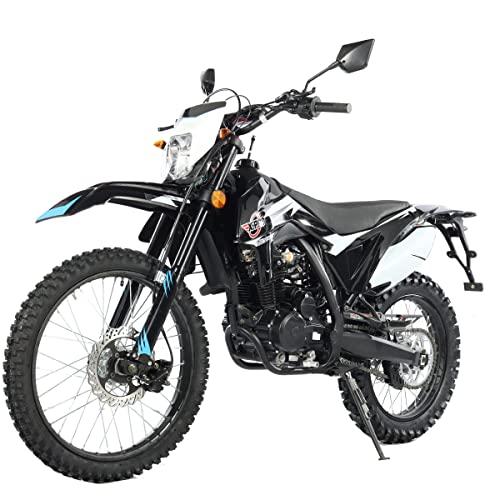 By looking at the name, you can tell that these motorcycles use gasoline. To produce electricity, gasoline is combusted. They need fuel to function. When burned, fuel releases tremendous energy that propels the bike forward.

You must first get the gasoline to ignite to get the bike going. The electricity it generates is significant. Also, a shaft transmits the power to the back wheels. This enhances the bike’s performance!

The dirt motorcycles powered by gasoline engines are quite effective. The motorcycles’ internal combustion engines provide a tremendous amount of power.

The gasoline is injected, and the ignition is triggered by just pressing a button. Well, that settles it. You’ve got what it takes to hit the open road. Easy to use, with a quick get-going time and no fussy power mechanism, this.

Most gas-powered dirt bikes can reach speeds above 60 miles per hour. On the other hand, it is uncommon for electric dirt bikes to have a top speed of more than 20 miles per hour. However, this is not always the case because it is contingent on the type of bicycle.

The availability of gas-powered dirt bikes came far earlier than that of electric dirt bikes resulting in more time being invested in their production, which ultimately contributed to their increased dependability.

Depending on your model, you can pay twice as much for an electric dirt bike as you would for a gas-powered one.

Compared to lithium-ion batteries, the gas engine will always be superior in terms of the overall top speeds it can achieve.

Even though this could be considered a drawback, it should be weighed against the fact that an electric dirt bike produces no sound.

If there is no sound coming from a vehicle, then it will be impossible for other drivers to tell if there is another vehicle nearby or not. This is important for safety reasons. Perhaps a little bit of noise isn’t a big deal.

The insurance premiums for gas-powered dirt bikes are significantly more affordable when compared to those for electric dirt bikes.

Read Can You Ride an Electric Dirt Bike on the Road?

To achieve higher economies of scale, we can only hope that, as time goes on, this pricing will become more favorable. 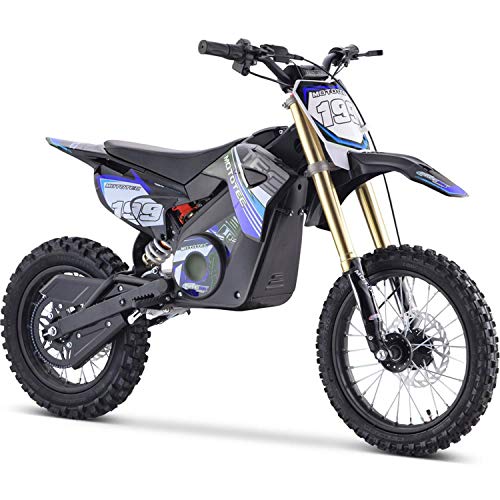 The excessive cold might lessen the charge that is stored in a battery. Everyone who has ever used a mobile phone has learned that the battery life is significantly reduced when cold outside.

Some motorbikes have batteries that can warm themselves. However, this needs additional energy. The energy that is stored in a battery is reduced when it is exposed to cold temperatures.

It costs a lot of money to buy the many minerals and chemicals that make an electric battery. Minerals such as lithium, cobalt, and nickel are included in this category.

The potential danger these minerals pose if they enter the water system must be disposed of appropriately. The fact that recycling a battery incurs expenditures that are three times more than the value of the minerals that are extracted from it presents the principal obstacle associated with battery disposal.

The price of mined lithium is five times higher than recycled lithium because recycling involves the lithium itself. Long-term obstacles will remain for battery-powered motorcycles as long as the cost-to-benefit ratio cannot be significantly improved.

A silent motorcycle is another quality that could be seen as having favorable connotations. However, we are discussing this issue from the point of view of protecting the safety of drivers, and because of how silent electric bikes are, drivers who ride them lose one of the senses they rely on to determine whether there is another vehicle in the area.

The cost of insurance for electric motorcycles is more expensive than that for gas-powered motorcycles. There are two parts to the explanation.

To begin with, electric motorcycles have a higher starting price. An insurance company’s replacement cost is significantly higher.

They are not Waterproof!

If you want to ride your electric dirt bike over terrain that includes ponds or other forms of water, you need to always show increased caution.

This is true regardless of the specific design of your electric dirt bike. It might cause the electric bike to be damaged, so electric dirt motorcycles should only be used in areas where the temperature is regulated and mostly dry.

Read Do Electric Dirt Bikes Need To Be Registered? 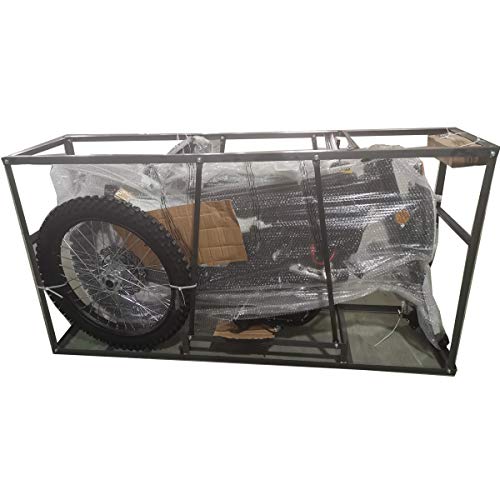 Changing the oil, the battery, and the many other fluids your motorcycle depends on are all part of the routine maintenance required for a gas-powered motorcycle.

When it comes to electric motorcycles, these gas-powered maintenance things are in addition to the items that have already been stated.

It is necessary to wait for a gas-powered dirt bike‘s engine to reach operating temperature before you can start using the bike, which results in the bike sustaining some damage.

The learning curve for gas-powered dirt bikes is significantly steeper than that of electric dirt bikes. As a result of its user-friendliness and simplicity of operation, electric bikes are an excellent option for novice riders as well as younger riders.

However, we have listed this as an advantage in specific scenarios. The loud noise is a con. With the low-frequency rumbling the internal combustion engine produces, gas-powered dirt bikes produce a significantly higher noise level than electric dirt bikes.

This may not appear to be a significant concern, but if you want to ride your dirt bike across nature routes that you share with other hikers and animals, this could result in a significant amount of trouble.

In addition to that, you need to take into consideration the local noise restrictions as well as the possibility that some of your neighbors will be upset.

Read Can You Ride an Electric Dirt Bike in the Rain?

Electric Dirt Bike vs. Gas Dirt Bike: Which one is Best for You?

Both kinds of dirt bikes are top performers in their respective fields; thus, the decision boils down to two factors:

Our comprehensive discussion contrasting electric motorcycles and dirt bikes have come to a close. As can be seen, each variety of dirt bikes has unique advantages and disadvantages.

Which option is best for you will be determined by the things most important to you and how you intend to use your dirt bike. Considering those mentioned above, the following are some scenarios in which we believe it is prudent to select electric dirt bikes rather than gas-powered dirt bikes.

You may like the following electric dirt bike articles: