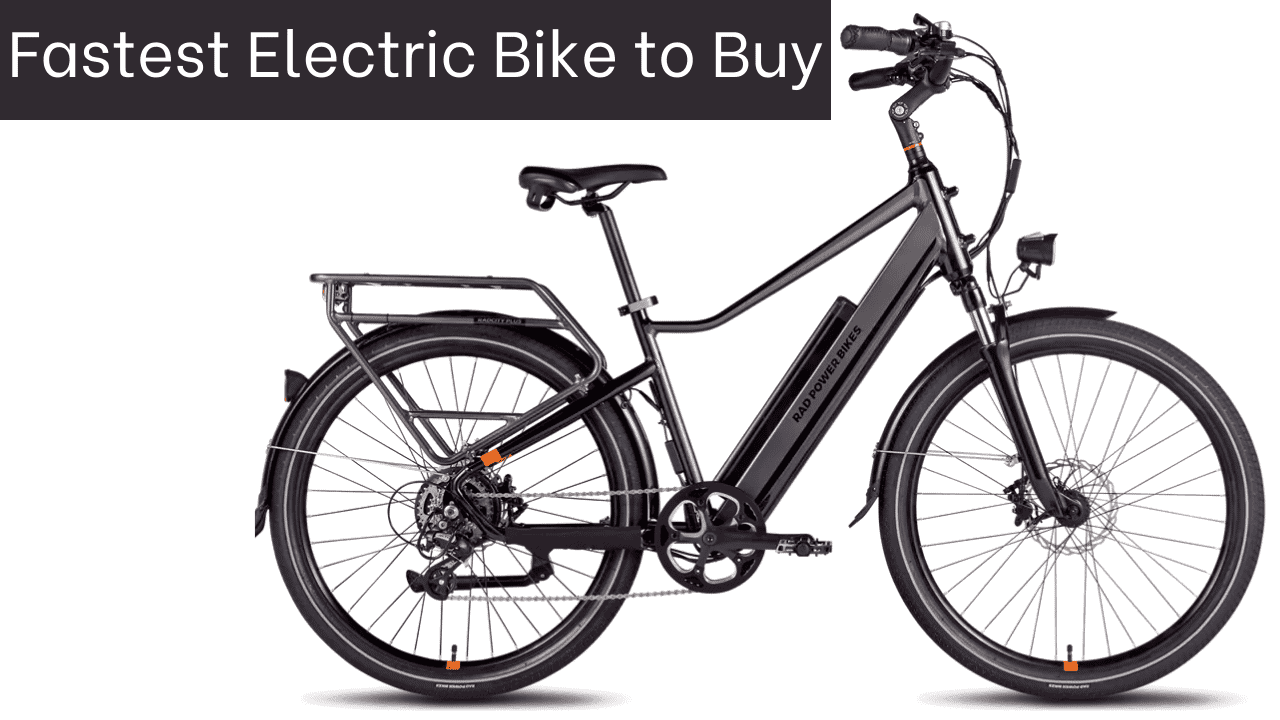 Do you want to buy an electric bike? Do you want one that goes faster than any other?

Electric bikes have become one of the most popular modes of transportation. With their assisted pedaling, biking is more manageable, and you can also travel further. They don’t have an age restriction either. It’s enjoyable for people of all ages.

Electric bikes have a variety of applications. They can be used to travel, run errands, exercise, deliver cargo, and more. Electric bikes are helpful for single-person transportation. They are also cheaper and more practical than cars. 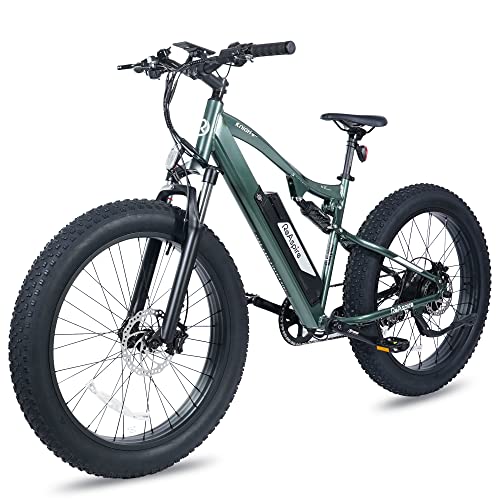 Since electric bikes come with a motor, you can expect them to go faster than your average bike. But how fast can they go? And which electric bike is the fastest?

What is the Fastest Electric Bike You Can Buy?

The RadRover 5 is a fifth-generation bike from Rad Power Bikes. The aluminum frame and significant components make the bike weigh 69 pounds. It has a 750W Bafang rear motor that provides a throttle to the rear tire. And a 48V lithium battery that provides 775 Wh.

The RadRover 5 reaches a top speed of 25 mph.

However, the RadRover, although not the heaviest, is still too heavy for smaller riders. It has a slow charging rate, taking up to six hours. The maximum range of forty0five miles should also be kept in mind when buying the RadRover 5.

The Trek Domane+ reaches a top speed of 28mph.

The Trek Domane cannot maintain its motor assist on long drives as the power fades the more you travel. This makes it less desirable for long climb rides, as it requires more effort. The most significant downside to the Trek Domane is its price. 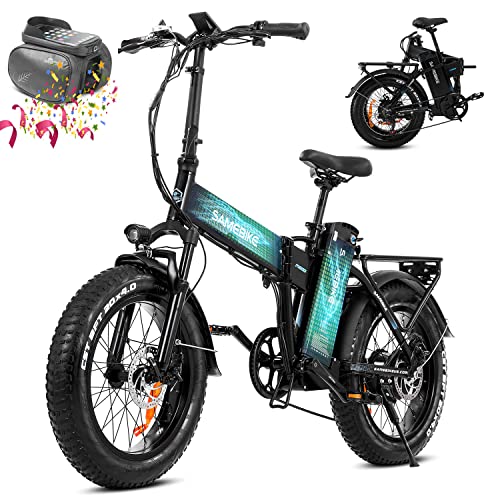 The HyperScrambler 2 is an upgraded version of the original and comes with a dual battery system. The 2000W battery gives the bike over a hundred miles of range. It comes equipped with a 1000W Retroblade motor and a twist throttle.

The HyperScrambler 2 resembles a motorbike more than a bicycle. It also has a sports mode which powers it up to maximum speed.

The HyperScrambler 2 reaches a top speed of 30 mph.

But before you buy the HyperScrambler 2, you should remember that it has a long charging time and a hefty weight of one hundred and nineteen pounds. The weight restricts the ability of the bike to go at very high speeds.

Read Can You Convert a Regular Bike to an Electric Bike?

The Bakcou flatlander is a hunting bike engineered to go faster than your regular bike. It is built for flat land travel and off-roading. It is also economical. The frame is made of aluminum alloy, and the bike weighs 63 pounds. It consists of a 750W hub motor and a 48V lithium-ion battery.

The Bakcou Flatlander reaches a top speed of 35 mph.

The Bakcou Flatlander recommends that the rider be at least five feet and eight inches. It also has a low range of around forty miles, making it less than optimal for long rides or climbs.

The battery capacity was also increased by six percent. It weighs around 128 pounds. It is equipped with a 1500W motor and a 72V battery. Delfast Prime 2 won the Guinness World Record for most distance traveled on an electric bike.

The Delfast Prime 2 reaches a top speed of 37 mph.

However, the Delfast Prime originally came with a top speed of 28 mph and needed to be upgraded to 37 mph. This means extra cost on the already expensive electric bike.

Additionally, the weight of the bike is by no means small. A heavier weight would significantly affect the speed. So, if you want to buy the fastest electric car, consider the extra cost of modifying it if you choose the Delfast Prime 2. 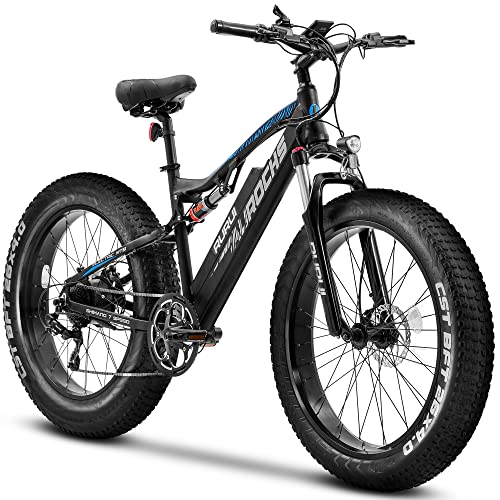 Read How Fast is a 1500 Watts Electric Bike?

The Ristretto 303 fs has a 52V lithium battery with a life expectancy of five years. It also has a 3500W motor. It is an all-terrain electric bike that eights 84 pounds. The lightweight motorcycle gives a range of fifty-five miles.

The recharge time for the battery is significantly high, taking eight hours to charge completely.

The stealth B-52 is one of the most popular electric bikes amongst people who desire a faster, all-terrain electric bike. It weighs about 141 pounds and is equipped with a 2000W lithium battery and a 5200W motor. It comes with a nine-speed transmission. The bike has a maximum range of over sixty miles.

However, the Stealth B-52 does not come with a pedal assist, but instead, it is equipped with a throttle. You are expected to pedal as fast as the tires turn. This makes it unfavorable to drive at high speeds for more extended periods.

The Steal B-52 is also expensive. This bike is said to be for speed enthusiasts with money to spare. The Stealth is also unsuitable for riders shorter than five feet and two inches.

Swind Eb-01 is a mountain bike with a 1500W motor and 1750W lithium battery. Made from an aluminum-carbon frame, it weighs 105 pounds. It comes with a nine-speed gearbox. For speed enthusiasts, Swind EB-01 is the way to go, With a quick charge time of three hours and a throttle that allows you to reach maximum speed quickly. 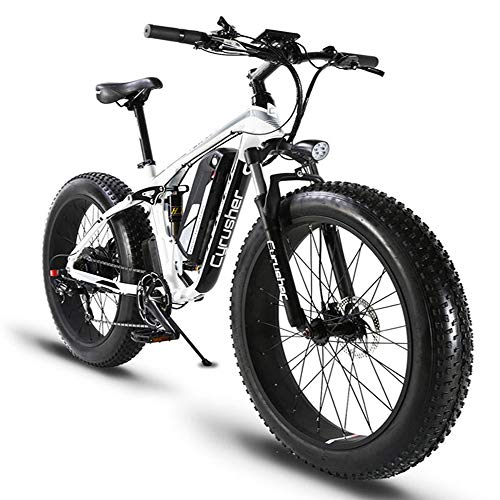 However, there are also many downsides to the Swind EB-01. It is one of the most expensive electric bikes out there. Not only is it expensive, but it has a maximum range of thirty-five miles. This makes the bike not seem worth it.

Revolution XX is the fastest and most expensive electric bike. It comes equipped with an 86V battery and a 7000W motor. It uses 6061 aluminum and carbon fiber frames and weighs 79 pounds. The high price can be accounted to the fact that only twenty units have been made, making it a limited-edition electric bike.

The Revolution XX reaches a top speed of 70 mph.

What to look for if You Want to Buy the Fastest Electric Bike?

The weight of the Bike

The lighter the bike’s weight, the more the bike’s speed. This is because there will be less resistance for the bike when moving forward.

If the bike is heavy, the force exerted downwards increases. This increases the force of friction, pulling the bike backward. The motor will need more energy to keep the bike moving forward.

This will, in turn, affect the battery, decreasing battery life and permanently losing charge capacity. So, if you want the fastest electric bike, go for the lightest. 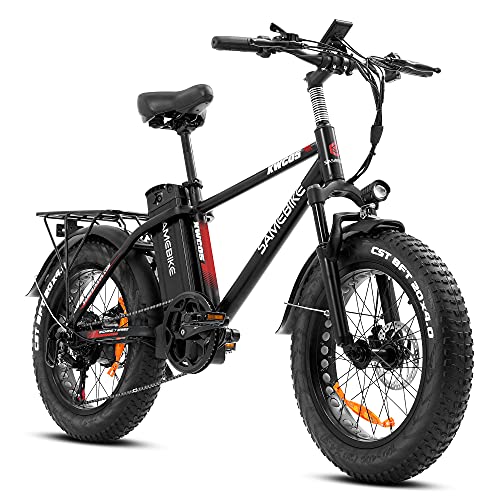 Most electric bikes have four to five different modes of pedal assistance that you can switch between using the controller.

Modes one and two are better used when traveling long distances, as it relies more on the rider pedaling than on the motor. This ensures a longer battery life.

The higher the level of the mode of pedal-assistance, the faster the bike will go. But remember that it will also suck up most of the battery life. To maintain the pedal assistant mode, a greater charge is required in the battery.

Higher modes make your bike faster, but it’s only for a short time. Pedal-assist can help you enjoy the speed without adding in the continuous effort. Go for a bike with four pedal modes or higher when buying the fastest electric bike.

A long-lasting battery means more energy to the motor, which in turn means that your tires spin with more speed and for a longer time. As the battery drains, the speed lowers. Think of it as running. The more stamina you have, the faster and longer you run.

So, for the fastest electric bike, you need one with a fifteen-hundred-watt motor or higher.

Read Can You Put an Electric Bike on a Bike Rack?

Which is the Fastest Class of Electric Bikes 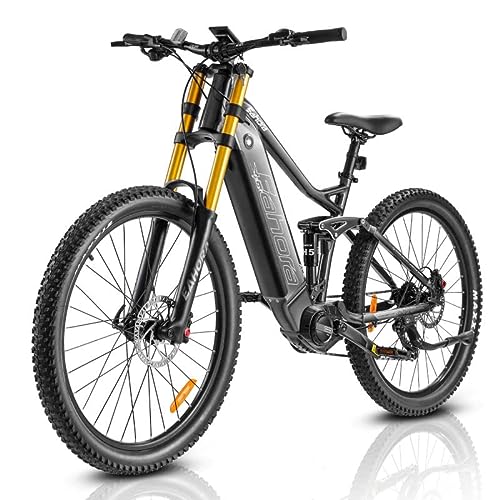 Electric bikes need to be regulated into different classes for public use. The classification of electric bikes is listed in the table below:

These classes were made to regulate the use of electric bikes to ensure the safety of the rider and the public. In the EU, only class 1 and class 2 are legal to use in the street.

In the US, only six states – Alabama, Massachusetts, Missouri, New Mexico, North Dakota, and Alaska, require an electric bike license. In other states, electric bikes do not have an age or license restriction.

In terms of use on the streets, Class 2 can be considered the fast class of electric bikes. However, if there are no regulations in your state, the fastest electric bike you can buy is Class 3 or higher.

Electric bikes are becoming famous as a mode of transportation. Their design and features keep improving every day, enticing the consumer. But it is essential to know what kind of bike you want.

What is the fastest electric buy you can buy? Well, now you know.

Electric bikes can now reach different speeds depending on their class, with the greatest speed of 70 mph run by the electric bike. These bikes can be used on the streets, off-road, and in almost every terrain.

While most people use it as a means of transportation, some seek it for enjoyment. Speed-enthusiast test the limits of electric bikes and how fast they can go. You need to pick carefully. The fastest electric bike you can buy isn’t always the right choice. Choose one that is the right speed for you.