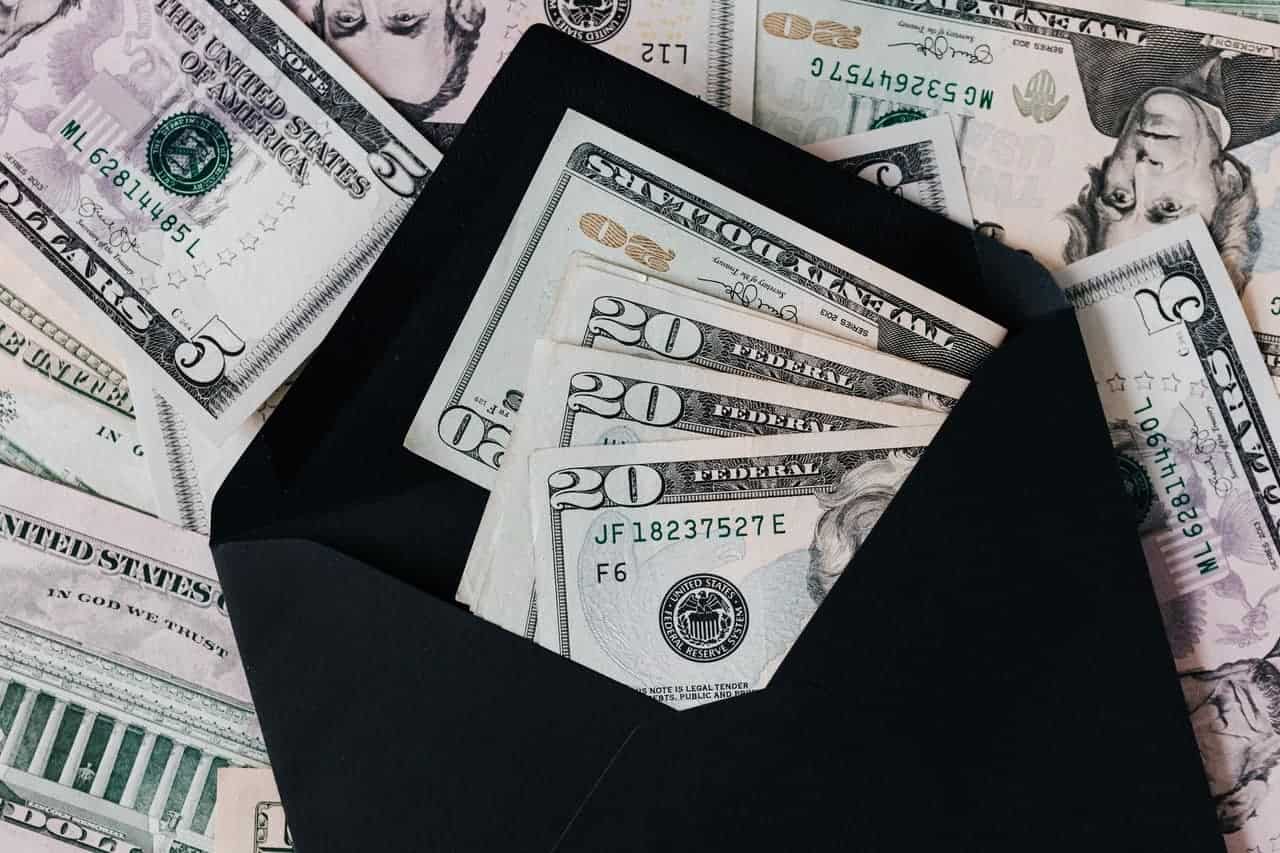 Many people assumed that e-cars would fail when they started showing up on our roads. However, most of our automobiles will be electric in the next 20 to 30 years. So what is causing this emerging yet unavoidable shift?

Although this growth has slowed in recent years, it’s stayed well ahead of the broader light-vehicle market, which encountered a drop by 5% in 2019, compared to a 9% growth for electric vehicles.

According to Deloitte, ownership costs for electric vehicles will dip below those with internal combustion engines in 2022.

The Edison Electric Institute predicts that by 2030, there will be 18 million electric vehicles on the road in the United States, up from the current number of over a million.

This suggests that the electric vehicle market will continue to increase. Technological advancements, coupled with an increasing sense of urgency in the movement toward clean, sustainable energy, will reshape the transportation industry soon.

Climate change and the development of a sustainable economy are becoming more critical to government agencies, non-profits, and enterprises of all sizes.

There is an urgent need to reduce our dependence on fossil fuels because of the rise in temperature and natural disasters.

We can see the movement toward electric mobility in the shape of state and Federal Tax Credits for buying electric cars and the announcement by General Motors that it will establish a countrywide EV charging network. But the question is, how do tax credits work for electric vehicles?

Electric automobiles produce no pollution or greenhouse gas emissions because they don’t require fuel; therefore, the United States government offers a tax credit to electric car buyers. Due to the increased cost of electric cars, this credit encourages more people to buy them.

Stay with us till the end to find out more about electric car tax credits, how to claim them, and what kind of EV tax credits you’re eligible for.

What are EV Tax Credits?

Battery-electric and plug-in hybrid vehicles purchased in the United States after 2010 might be eligible for a federal income tax credit of up to $7,500. The size of your car’s battery determines how much credit you get.

The Federal Tax Credit for BEVs and PHEVs is gradually phased out beginning in the second quarter for manufacturers who have sold 200,000 vehicles since 2010. Numerous factors affect how much money you can claim in tax credits each year to lower your taxable income.

Check, Should I Buy a Used Electric Car?

Electric and plug-in hybrid vehicles (PHEVs) promise to save their owners a significant amount of money on fuel throughout their service life. But, you must know that savings are achieved at the expense of a substantial up-front investment.

Compared to cars powered solely by an internal combustion engine, the sticker price of battery-electric and plug-in hybrid vehicles is much higher. Those prices are a little more bearable when including federal, state, and municipal EV tax credits and other incentives.

The Federal Tax Credit for electric automobiles can be as high as $7,500.

Some tax benefits aren’t accessible to everyone; therefore, it’s essential to do your homework before purchasing an electric or plug-in hybrid vehicle.

Check Can I Charge My Electric Car in the Rain?

How Many Credits Can EV Qualify For?

In addition to the $2,500 incentive, each vehicle that qualifies receives $417 in credits for every 5 kWh of battery capacity it has.

A phase-out occurs when a manufacturer sells 200,000 units for the rebate; the models would no longer be eligible at that moment.

Generally, tax credits are lowered by 50% for two quarters and then 25% for the next two quarters, for a 75% reduction.

As of right now, here is where the automakers stand concerning the cap on tax credits for electric cars. Below you will find a list of the popular EV brands and their tax credit eligibility.

Read How Much Does a Tesla Weigh?

In July 2018, Tesla became the first carmaker to exceed 200,000 sales, making the company the first to break the sales cap.

After December 2018, the entire $7,500 tax credit was still available. Up to $3,750 in rebates were available to Tesla customers between January and June.

The reward was limited to $1,875 from July to December 2019. Since 2020, Tesla models are no longer eligible for Federal Tax Credits.

Due to income constraints and vehicle price limits, Tesla tax credits and other incentives are restricted in some areas. However, Tesla customers are eligible for solar roofs.

The incentive amount is based on a percentage of the costs that qualify for reimbursement, currently set at 26% in 2022 and 22% in 2023. The solar equipment must be installed by December 31st of any given year to qualify for the Federal Tax Credit.

Check out, How Much Power Does an Electric Car Consume?

Nissan is the next automaker likely to reach the 200,000 electric vehicle quota set by the federal government. However, if sales of the 2020 Nissan Leaf continue at their current rate, it will be some time before they meet their sales cap.

Only the Leaf is eligible for the federal incentive at the moment. Sales of electric vehicles and hybrid electric vehicles (PHEVs) from Nissan are likely to pick up once a few projected models are on the road. It is believed that Nissan would go into production with a couple of its new concepts.

Despite its global dominance in traditional hybrid vehicles, Toyota was only halfway to its maximum range as of June 2019.

The 2020 Toyota Prius Prime is the company’s sole available electric vehicle. Prius PHEV and RAV4 Prime, high-performance plug-in versions of Toyota’s popular small SUV, were both on sale in 2020.

As several of the company’s most essential items are updated and upgraded every few years, new plug-in models are underway.

Many more electric vehicles are on the way, including a Vision iNEXT concept car-based Mini Cooper SE, an electrified BMW X3 crossover, and an all-electric 4-door sedan based on the 3 Series.

Likely, the tax credit will not be phased out for many years to come, based on the current pace of plug-in vehicle sales.

Read What Would Happen if Everyone Switched to an Electric Car

Even though the tax credit cap on plug-in electric vehicles is a long way off for Audi, they have a variety of models that meet the requirements. The e-Tron PHEV variant of the Audi A3 Sportback wagon was available from 2016 to 2018.

Audi now offers a plug-in hybrid version of the 2020 A8 luxury sedan and a battery-electric crossover, the 2019 Audi e-Tron.

Read How to Fix Electric Car Window Off Track

Although they no longer sell the majority of the eligible vehicles that earned Ford those sales, Ford Motor Company is well past halfway to hitting the 200,000 plug-in vehicle cap.

Ford has pulled the plug on the Focus Electric and C-MAX Energi, but we can expect a slew of plug-in Fords to hit the market in the coming years.

Finding out what tax credits and rebates you’re eligible for before buying an electric vehicle is just one of the many ways you can save money on your electric car.

There are many more brands to choose from than what we’ve covered above. Other brands to consider include:

How to Claim EV Tax Credit

It’s a really simple process. Of course, you must first purchase a vehicle that meets the requirements. Form 8936 must be completed in addition to your tax return.

Remember that tax credits can only be used to reduce the amount of taxes you owe for a particular year, and you will not be paid the difference if your credit balance exceeds your tax liability for that year.

Refundable tax credits allow you to obtain the money you paid in taxes back. You can only use the credits once, and they don’t carry over from year to year.

Electric cars have come a long way, and it wouldn’t be wrong to say that they have taken the automobile industry by storm.

Electric vehicle manufacturers are experiencing a period of rapid expansion. If you’ve been considering applying for an electric car tax credit, now is the best time.

Ownership and use of an electric vehicle provide long-term financial advantages. The initial cost of an electric automobile may be more, but you will save money in the long run in terms of reduced gasoline costs and lower taxes.

$2,500 to $7,500 in Federal Tax Credits are available to buyers of new electric vehicles. Depending on the size and capacity of your battery, you may be eligible for a tax credit.

Each manufacturer’s tax credit expires when 200,000 electric cars from that manufacturer are sold, and the credit has been utilized.

Know someone who is planning to buy an EV? Do share this article with them. Do you think we missed anything? Please write to us in the comments below.