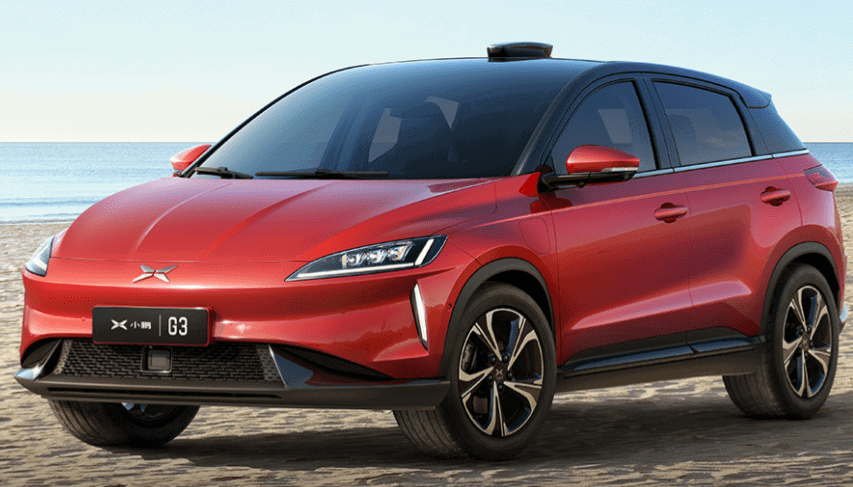 Electric vehicles or EVs have electric-powered motors instead of gasoline-powered engines. Hence, they do not require conventional fuels like diesel or gasoline which is their major advantage.

Electric car companies are those that primarily manufacture electric vehicles.

Here are the top electric car companies that you should know about.

Tesla is the leading brand in the electric car industry. The year 2020 was particularly profitable for Elon Musk’s electric car company. During this time, Tesla delivered almost 500,000 electric vehicles.

Out of these, around 180,000 were delivered in the 4th quarter. These vehicles are primarily Model Y SUVs and Model 3 sedans. At the moment, the company is building 2 major manufacturing facilities in Austin and Berlin.

Owing to growing vehicle sales, the company has been reporting net profits on a quarterly basis.

Since the company has enjoyed such great success, its stock price has increased rapidly. As a result, Tesla is now the world’s most valuable car company. In 2020, the stock price of Tesla shot up by over 750%.

Supply chain difficulties are an issue with all automakers, and Tesla is no exception. Due to this, the Cybertruck’s launch has been delayed to 2022, while the Roadster will be released in 2023.

Tesla will need to find a way of curbing its supply chain issues to keep enjoying its meteoric growth.

There is no doubt that Tesla is clearly at the forefront of the electric car industry.

However, like other automakers, Tesla is facing problems due to the worldwide semiconductor shortage.

And in the long term, it will face serious competition from established automakers like General Motors and Ford, which are currently boosting production of their own electric car and SUV models.

The price-to-earnings ratio of Tesla is about 390, which raises questions about its inflated valuation. In comparison, the same figure for Ford is just 15. However, there is a lot to like about Tesla.

It has a robust supply chain for its batteries, which other automakers are trying hard to accomplish.

NIO is a Chinese electric car manufacturer whose stocks have been traded publicly starting in September 2018.

Initial Public Offerings (IPOs) from other Chinese electric vehicle manufacturers like Xpeng and Li Automotive have increased the interest of investors in top electric car brands like NIO.

During Q1 of 2021, the company delivered more than 20,000 vehicles which marks an increase in sales of 400 percent compared to the last year. In the second quarter, NIO delivered just under 22,000 vehicles.

In the third quarter, the company is expected to manufacture 23,500 vehicles. This figure is slightly less than the previous 25,000 vehicles estimate for the same period due to supply chain issues.

NIO is concentrating on the Chinese electric SUV segment and is thus rivaling the Model Y crossover SUV of Tesla. Thanks to Chinese government subsidies, NIO electric vehicles are selling for lower prices than Tesla in the Chinese market.

The electric battery is the most costly component of an electric vehicle. NIO has found a smart way of resolving this issue. It is selling subscriptions for battery service, due to which it has reduced the cost of its electric vehicles and due to which customers keep coming back.

NIO has recently unveiled its latest ET7 luxury sedan to clarify that it won’t let the Tesla Model Y capture the Chinese market that easily.

However, till now, NIO has still not generated profits. It will also face strong competition from other electric vehicle manufacturers besides Tesla.

Xpeng Motors is a Chinese automaker that was launched in 2014. It is headquartered in Guangzhou, China. Xpeng has so far made 2 electric vehicle models.

One of them is the G3 which is an electric crossover. The other one is P7, a sedan that is built to rival the Tesla Model 3.

The P7 and G3 both have good specs and a strong presence on the Chinese market. The main benefit of these cars is that they are affordable due to which more customers can buy them.

Currently, Xpeng vehicles are only sold in China. However, the electric automaker is planning to sell its vehicles in the US and Europe.

General Motors is a US auto giant that has been developing electric vehicle technology for quite some time. Thanks to its research and development efforts, impressive electric car models like the Chevy Volt and the Chevy Bolt are available in the market.

Just recently, GM introduced the Cadillac Lyriq and the GMC Hummer EV. The automaker will launch several more electric vehicle models in the not too distant future.

GM is well on its way to becoming one of the biggest electric vehicle manufacturers in the world.

The German auto manufacturer is among the biggest automobile brands across the globe. Volkswagen owns 12 well-known brands such as Lamborghini, Bugatti, Bentley, Audi, and Porsche.

The group has made big investments in electric vehicle technology. Whether it is solid-state or lithium-ion technology, Volkswagen is at the forefront in several electric auto innovations.

If you look at its subsidiaries, then the Audi e-Tron and the Porsche Taycan are some of the best selling electric car models. The Volkswagen ID.4 has already been sold out online though it is yet to be delivered.

Matthias Muller, the Volkswagen CEO, has said that the entire group plans to launch scores of electric vehicle models by 2025.

When you think of top electric car manufacturers, then brands from the US, Japan, or Europe often come to mind. However, some of the most promising electric vehicle companies are emerging in China.

BYD is an example of a fast-rising Chinese electric automaker. The company has built up a solid reputation as one of the best EV makers across the globe. BYD makes and sells electric, hybrid, and gasoline-powered vehicles. The company also makes electric buses.

The BYD Han is the company’s flagship sedan and is one of the finest electric cars in China. Currently, BYD electric vehicles are being sold only in China.

BYD stands for Build Your Dreams. BYD Auto is the electric vehicle subsidiary that belongs to the BYD company, a Chinese multinational group. BYD was founded in 1995 and it is headquartered in Shenzhen.

The company started as a rechargeable battery manufacturing business before it expanded into making automobiles and electric vehicles.

The company is expanding into other sectors like urban rail transit, LEDs, and renewable energy plants.

In just one decade, BYD emerged as the leading battery manufacturer in China, and it soon captured much of the share in the international battery market.

It started making electric vehicles in 2002 when it acquired Tsinchuan Automobile, which was the sixth biggest Chinese automaker in terms of sales volume.

The Berkshire Hathaway group of Warren Buffet currently has 8 percent ownership of BYD. During 2020 in the month of April, Toyota Motors and BYD formed a joint partnership known as BYD Toyota EV Technology that is planning to research, develop and produce electric vehicles for China.

BYD now commands a 7 percent share in the global EV market. Each month, the Chinese automaker sells over 30,000 vehicles in China. The cheapest model that the brand is offering costs just under $9,000, thanks to subsidies.

Between 2014 and 2019, BYD was the number 1 manufacturer of electric vehicles.

Renault-Nissan-Mitsubishi alliance’s most popular electric vehicles are the Outlander PHEV, Renault ZOE and the Nissan Leaf.

Ever since the Nissan Leaf was launched in 2010, the model has sold well over 400,000 units across the globe.

From 2012 to 2018, over the Renault ZOE model sold over 133,000 units around the world. The automotive alliance plans to add a total of 8 fully electric vehicles to its portfolio by 2022.

Kia is the second-biggest automaker in Korea after Hyundai Motor Company which is its owner.

Kia and Hyundai plan to launch six new electric vehicles models in India over the next three years. They will launch three new models each during the said time duration. To keep the prices affordable, these electric vehicles will cost under 15 lakh rupees.

Hyundai and Kia have a 6.5% share in the global market for electric vehicles.

Till the end of 2019, the BMW Group sold around 500,000 units of its electric vehicles that included the MINI, xDrive, iPerformance, and the BMWi.

Toyota made history when it launched the first plug-in hybrid electric vehicle, the Prius, back in 1997. Toyota is developing new technology for reducing carbon emissions through the introduction of all-electric vehicles.

By 2025, Toyota plans to manufacture about 70 electric car models.

In April of this year, the Toyota Motor Corporation launched the Toyota bZ, the first in its lineup of battery electric vehicles.

A US-China joint venture mass produces an electric vehicle that outsells all other automotive brands in China, including Tesla.

The Hongguang Mini is a compact electric vehicle with a starting price of around $4,500. The vehicle is produced through a joint venture program between Guangxi Automobile Group Company and the SAIC Motor Corporation (both of them being state-backed Chinese automobile companies) and the US automotive giant General Motors Company.

The vehicle is mass-produced in Liuzhou, China, from where it has sold around 270,000 electric vehicles over just nine months. That easily makes it the top electric car company in China.

The group has even bigger ambitions for the future. Next year, it is planning to target a sales milestone of over 1.2 million units. This will be nearly equal to all-electric vehicles produced in China in 2020.