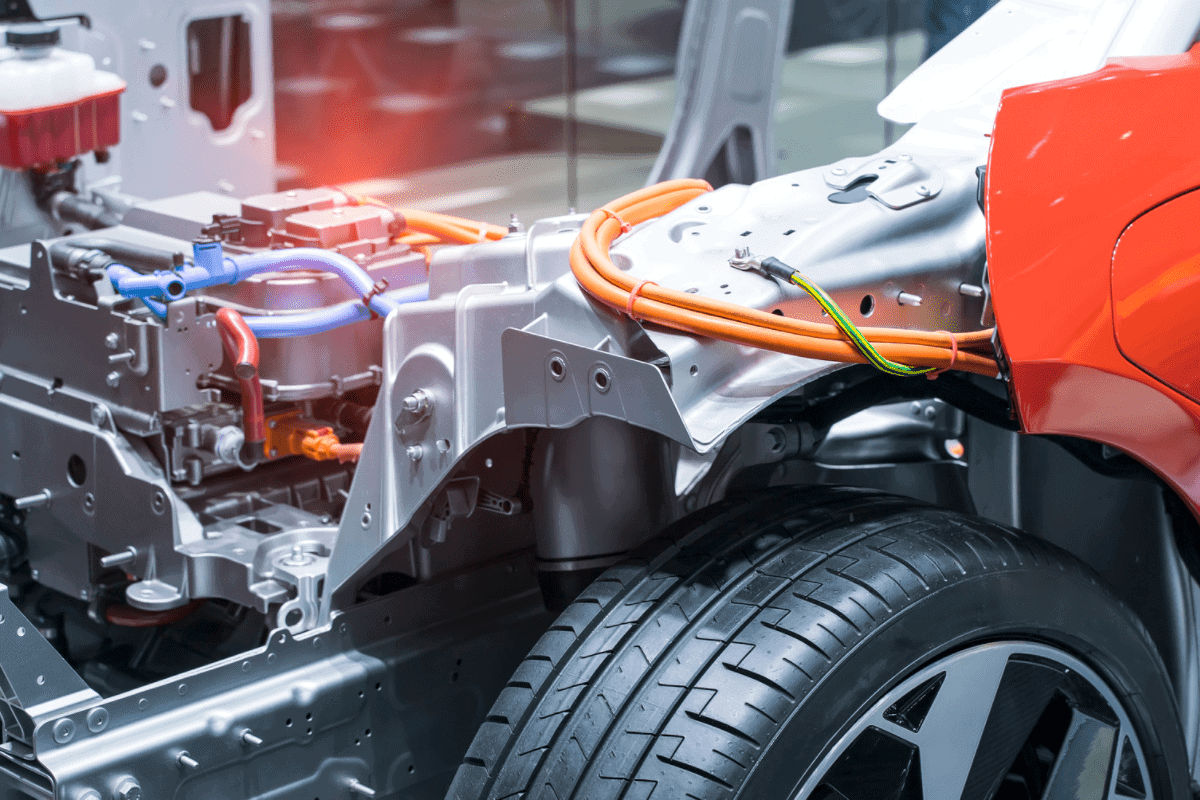 The electric car industry has completely revolutionized the world of commuting by road. The engineering that goes into making an electric car is advancing every day.

America alone has almost two million electric cars, which is expected to grow. Many people prefer these cars for their modern technology and eco-friendly qualities.

With competing ranges and excellent cost-efficiency, this industry will keep booming globally. The increasing popularity of electric cars has given birth to its spare part industry.

With the growth of the electric car manufacturing industry, the car parts industry is simultaneously bound to grow.

A recent report suggests that by 2025, the global vehicle spare parts industry would reach $810.5 billion. The increasing popularity of electric cars is considered the driver of this boom.

Moreover, many more people now understand how these cars work, and hence interests have grown. Furthermore, the preference for eco-friendly substitutes and a green lifestyle are trending globally.

Why Does the Electric Car Parts Industry Exist?

Just like any manufactured vehicle, an electric car can also sustain damage. The damage could be caused by reckless driving, a car crash, or multiple other ways.

One of the most common forms of damage an electric car company can sustain is its battery. Like a gas car’s engine, the battery is the electric car’s main source of energy.

Any damage to the battery demands attention and repair. It is also the costliest part of an electric car.

Starting and establishing an electric car company or distributorship could be expensive. According to it many studies, investing in a spare parts company is much better.

This allows small business owners a chance to enjoy and benefit from the electric vehicle industry boom.

The electric car parts industry can grow in two ways. One way is when sellers supply spare parts to consumers for repairing damage etc. These spare parts could include batteries, electrical chips, seating, etc.

The other way is when major companies outsource their electric car part manufacturing. This outsourcing could be done to other countries and companies.

Doing so allows the electric car company to continue focusing on innovation and technology.

China is the biggest manufacturer and supplier of electric car spare parts. China alone contributes to 25% of the electric vehicle spare part industry.

Global electric car giants like Tesla spend millions of dollars to keep this industry growing. Although Tesla is an American company, it has outsourced manufacturing of its parts to many countries.

Almost 70% of Tesla’s electric parts are outsourced and manufactured in Taiwan. Moreover, it has outsourced 80% of the manufacturing of Model 3 and Model Y parts to China.

This article will discuss the different electric vehicle parts and their respective functions. Moreover, you will gain insight into why the spare parts industry is booming.

Read What Happens if Your Tesla Runs Out of Battery?

What are the Different Electric Car Parts?

An electric car is a futuristic combination of art and technology. It comes with modern execution, superior performance, and unparalleled technology.

To be at the top, technologically, electric cars have various components. These parts are sometimes insourced and sometimes outsourced. It all depends on increasing total efficiency.

End consumers can purchase many electric parts from an electric car parts company. This allows the end consumer to repair a damaged part, or upgrade their existing electric car.

In general, an electric car’s main electrical components include:

Some of the non-electrical or other components may include:

There they could either get the motor fixed, or purchase a new one. The motor of an electric car has the same function as an engine in a gas car.

It is responsible for converting electrical energy to kinetic energy. The kinetic energy allows the movement of the car’s wheels.

The electric car’s motor has many advantages over a gas car’s engine. Some of these advantages are:

Read How to Invest in EV Car Charging Stations

An electric car’s reducer functions similar to a transmission. This means, that a reducer also moves power from the motor to the wheels. However, it is also different in some ways.

Unlike a general car engine, an electric car’s motor has a much higher RPM. While a transmission system allows the tires to pick that RPM, the reducer reduces and controls that RPM.

The controlled RPM allows the electric car to move appropriately and responsibly.

The battery is the heart of an electric vehicle. Poor driving and maintenance could reduce the battery’s range and even kill it. This is a major problem, as battery repair or exchange can be very expensive.

The table below shows different Tesla car models, their battery capacities, and their life per charge.

Since the electric car’s battery is so critical, it is essential to understand its system and types in depth.

Electric cars can have either of the three types of batteries:

The most recent and widely used type of electric car battery. It has proven to be superior, more efficient, and more advanced in many ways.

These batteries are great for optimizing and saving electric energy. As result, the electric car’s performance and battery range are high.

These batteries have an extended lifespan and have longer more charging cycles.

However, these batteries are also extremely sensitive and get damaged in extreme temperatures.

Moreover, a poor recharging routine can also damage the battery’s range and efficiency.

They have a lower voltage, lower capacities, and lesser power. As a result, fewer electric cars carry this type of battery.

However, this battery is less sensitive to temperature changes and charging routines. Hence, many heavy-weight and 4×4 electric vehicles still carry this battery type.

These are the least efficient and least preferred types of electric car batteries. Their technology is old, and they offer lower capacities and range. As a result, only the very old electric cars now have these batteries.

The battery of an electric car stores electrical energy. Its primary function is the same as a fuel tank in an engine.

The higher the electric car’s battery capacity, the more distance it would cover. As a result, the bigger the battery size, the less often an electric car would need to be recharged.

However, having a large and bulky battery is not always great. Larger batteries have more power, but they also need more space. This means the extra storage or cabin space would be compromised.

Moreover, heavier electric car batteries have poorer energy and fuel efficiencies. Hence, getting a bigger battery does not make your electric car superior.

Having a battery with high energy density would allow you to have a high-performance vehicle. Smaller, lightweight batteries that can store maximum electric charge are the real winners.

The great thing is that most advanced electric cars come with an advanced battery management system (BMS). This system allows the battery to optimize its performance and life.

The BMS keeps a check on the battery’s charging status. Moreover, it allows the electric car owner to know if the battery has malfunctioned.

Due to this, the car owner remains well-informed and vigilant. As a result, they can take necessary actions to save the battery before it is too late.

Electric car batteries are sensitive to temperature. For this, the battery heater ensures that the battery adjusts its temperature according to its surroundings.
Charger

Electric cars also have the option of using a public DC supercharging station.

There are mainly two types of electric chargers; onboard and off-board. The onboard charger converts alternating current from slow or portable charging sources into direct current.

The Off-board charger is not installed inside the car.

Read How Much to Install Electric Car Charger in Garage

A power inverter is essential for controlling the car’s acceleration and deceleration.

The thermal cooling system is designed to control and regulate temperatures. It controls the temperature of the motor, engine, and other electronic components.

Read How Much Does an Electric Car Weigh?

Why Are Electric Car Parts Companies on the Rise?

The increasing popularity of electric cars has led to a boom in the electric car parts industry. The rise of business, new market entrants, and profits can be examined for many reasons.

For instance, many people go to spare part companies to get custom-made batteries.