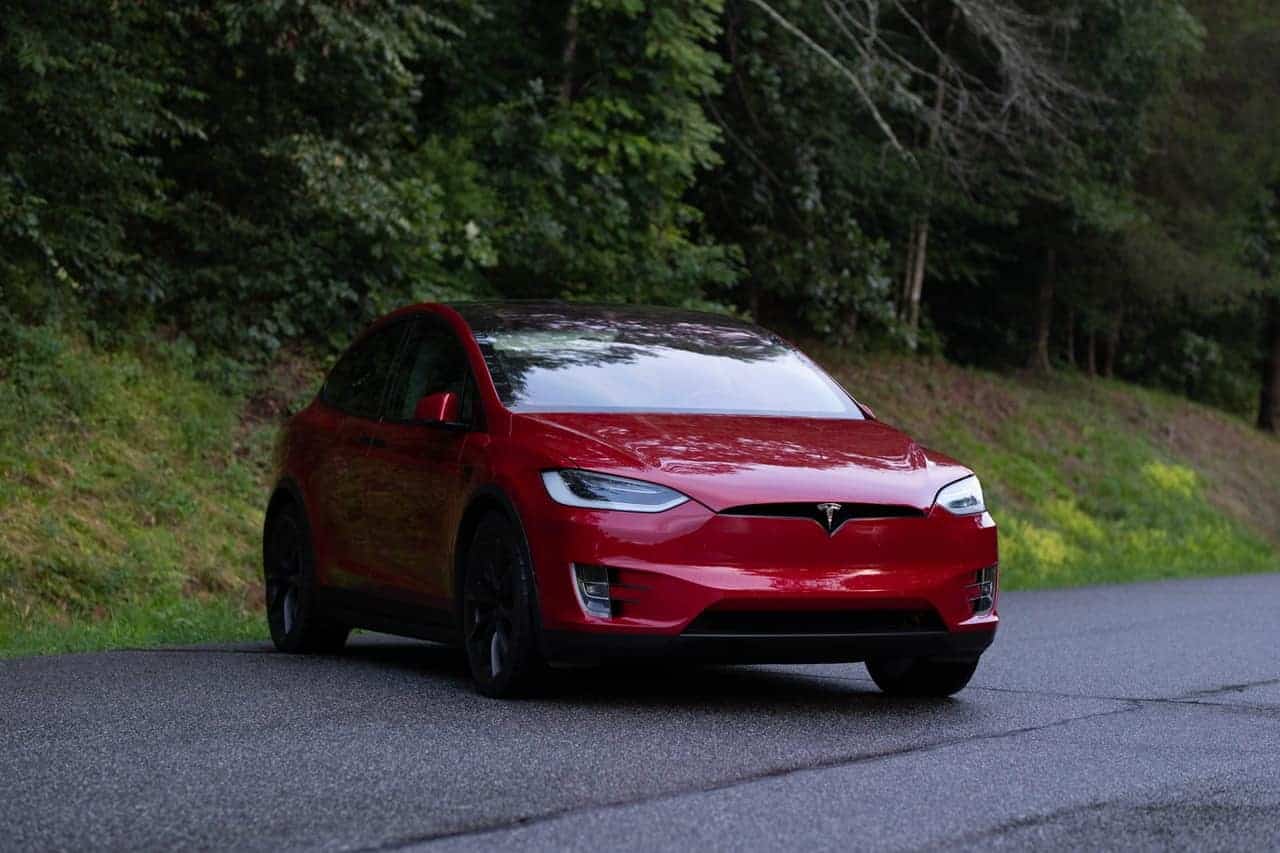 A Tesla electric vehicle may be one of the most expensive cars in the market, but this has not held back its success in any way.

One big reason for this is that Tesla electric cars are designed to operate using green technology. Elon Musk’s (Tesla’s CEO) aim is to remove our dependency on fossil fuels for our daily commutes and transportation.

Why are Tesla Electric Cars Good for the Environment?

Unlike traditional automobiles and aircraft that have depended on the combustion of non-renewable fossil fuel sources to power themselves, a Tesla electric car is designed to operate on electricity solely.

The greater the number of people using Tesla electric vehicles, the less the global dependency on fossil fuel resources will be. Hence, the global emissions of greenhouse gasses will go down.

As a result, the global environment and many ecosystems will finally get a chance to heal and return to a healthier state – one that’s beneficial for our existence on this planet.

Continue reading to learn about what makes Tesla and their electric vehicle technology so popular and why Tesla electric cars are good for the environment.

Tesla is a unique brand that managed to create an automobile empire like no other in just under a decade.

Before the commercial launch of Tesla, a majority of the consumers across the globe were unaware of electric vehicle technology and the many potential benefits it can offer.

People across the globe used to share the common perception that the combustion of fossil fuel sources is the only way for modern transportation.

However, Tesla successfully changed and evolved this perception shortly after its global launch. It began with the Model S, and Tesla hasn’t looked back ever since.

Now, Tesla electric vehicles are among the most highly demanded, studied, and searched vehicles almost everywhere in the world.

People are more than willing to pay its hefty market price to enjoy the superior green technology that makes Tesla vehicles the automobiles of the future.

Moreover, apart from the technological superiority, Tesla’s popularity is also equally credited to its use of electric engines and the features it comes with.

Read How Many Amp Hours is a Tesla Electric Car’s Battery?

Human dependency on fossil fuel-powered vehicles has been a global concern for over two centuries.

While fossil-fuel-powered trains, aircraft, cars, busses, motorbikes, etc., have made human and cargo transportation more convenient and accessible than ever before, the world has paid a high price for this convenience.

The decades of unmeasurable fossil fuel combustion have impacted the environment in ways humans were unprepared for.

With the greenhouse effect and global warming eating away at our planet’s various ecosystems, people finally realize that they need an alternative to such non-renewable and damaging power sources.

Moreover, according to consumer market analysts, today’s typical consumer is more aware and vocal than ever before.

This means that not only are the people of this era well aware of how fossil fuel combustion and the continuous release of greenhouse gasses affect the global environment, but they are also highly vocal about their opinions regarding this matter.

Hence, this is primarily why brands across the globe are shifting to the use of biodegradable and recyclable packaging and are becoming more sensitive to consumer demands for the use of cleaner and less damaging technologies.

Brands and personalities still being insensitive and tone-deaf to the global environmental crisis are facing criticism and rejection.

This global realization, consumer awareness and involvement, and the emerging need for cleaner and less damaging energy sources are what essentially make Tesla electric vehicles so popular around the globe.

Read on to learn how Tesla has successfully benefited the global environment.

Read How to Become a Tesla Certified Body Shop

Why Are Tesla Electric Cars Good for the Environment?

Elon Musk, the founder and CEO of Tesla, is one of the most influential and globally recognized personalities who have used their platforms to address the global environmental crisis.

According to Musk, his passion for saving the world’s ecosystems and environment and his love for science and technology drove him to create Tesla.

Now, Musk is one of the most Google-searched CEOs in the world, who is widely respected for his contributions to green technology.

Hence, it is safe to assume that Elon Musk must have done something right to earn the kind of global respect and admiration he did in such a short time.

Some of the reasons Tesla electric cars are referred to as ideal automobiles for the environment are as follows:

With the ever-growing industrialization and the globalization of businesses, it is impossible to stop transportation.

From people’s daily commutes to transporting cargo across the globe, we need to keep things moving, or our current way of life will cease to exust.

However, shifting to cleaner means of transportation will help save the planet and its inhabitants.

Without the availability of any electric vehicles, global traveling is completely dependent on fossil fuel energy.

Fossil fuel reserves, such as coal, petroleum, natural gas, etc., are not found close to the Earth’s surface. Instead, a considerable amount of mining activities must be carried out to locate and retrieve these fossil fuel reserves.

It is common for governments and private cooperation to damage and destroys forests, mountains, water bodies, and habitable landscapes to mine for fossil fuels.

Usually, these corporations use explosives to detonate the ground to form deeper holes to reach the fossilized layers of the Earth’s crust.

Not only do these mining activities damage the planet’s natural landscapes, but the destruction of water bodies and deforestation lead to the death of thousands of different animal and plant species every year.

Moreover, deforestation further contributes to global warming. With fewer plant species available to purify the air of carbon dioxide and produce oxygen, the quality of life in these areas continues to decline.

Furthermore, mining has cost thousands of people their lives every year. Apart from the mines collapsing on the miners, the highly toxic air quality in these mines leads to the miners developing and eventually dying from several diseases.

Hence, with the availability and accessibility of Tesla electric cars, the global need to mine fossil fuel reserves has gone done.

As a result, air quality is improved, global deforestation is reduced, and fewer miners and families are exposed to the deadly consequences of working at the mines.

Read How Many Gears Does a Tesla Electric Car Have?

The global GHS crisis has been one of the most debated and researched worldwide for over three decades.

However, unfortunately, despite the accessibility of information and awareness regarding climate change, not many governments or companies have done much to address this issue.

This is where Elon Musk and Tesla stand out like no other automobile company does. Musk has repeatedly addressed the dangers of the rising global emissions and continues to encourage people to shift to Tesla EVs.

But how clean are Tesla electric cars really?

Ever noticed that a Tesla electric vehicle does not have a tailpipe? Well, that is because there is no combustion reaction going on in its electric engine.

As a result, it does not need an exhaust to get rid of the emissions.

Due to this, a Tesla electric vehicle’s average emissions are considerably lower than hybrid and internal combustion cars. In fact, they’re almost zero.

Moreover, Tesla claims that it is working on further revolutionizing electric vehicle green technology, so by the year 2050, its annual automobile emissions will drop to 0%.

Although most people do not argue with a Tesla electric car’s low carbon emission, they point out that producing electric vehicles is an environmentally damaging process.

Manufacturing electric vehicles and producing their batteries use electricity that is majorly produced from fossil fuel combustion.

In contrast, the same does not happen when a Tesla electric car is produced.

Tesla has made a point to only use clean electricity (electricity that has been generated from renewable sources such as solar, hydro, etc.) in the production and manufacturing of all its electric vehicles.

Moreover, the batteries manufactured for Tesla electric vehicles also do not produce as many emissions as other EV batteries.

Furthermore, lithium-ion batteries come with over a thousand charging cycles and can be recharged multiple times without contributing to any form of air or land pollution.

Read Why a Tesla Car is So Expensive

Fossil Fuels Can be Put to Better Use

With more people shifting to Tesla electric vehicles, the global need for and dependency on fossil fuel energy sources will undoubtedly decrease.

As a result, the fossil fuel reserves can be solely used to improve a country’s economy by helping run industries and heavy machinery.

Moreover, with less demand for fossil fuel, the global prices of petroleum and diesel are bound to go down. This will give industries and companies a chance to run better and more advanced machinery.

Read Where is Tesla Cars Made

How Does Elon Musk Further Encourage People to Reduce their Carbon Footprint?

What separates Musk from most CEOs is that he constantly advocates for green EV technology to improve the planet’s environmental conditions in a way no one else does.

Although Tesla is a for-profit organization, it has successfully designed and launched many projects that create no revenue but help encourage people to switch to electric vehicles.

Some of the ways that Elon Musk and Tesla encourage people to maximize their utilization of green EV technology are as follows:

Final Thoughts on Tesla’s Impact on the Environment

Tesla shocked the world by attaining global success just under a decade before its launch. This quick rise to success would not have been possible if Tesla did not vouch for the benefits of EV technology the way it has.

This is because Tesla is determined to use only green electricity sources to carry out all its productions. Today, Tesla is working towards further reducing its average emissions and is constantly introducing projects and schemes to encourage people to shift to green EV technology.

You may like the following Tesla electric car articles: