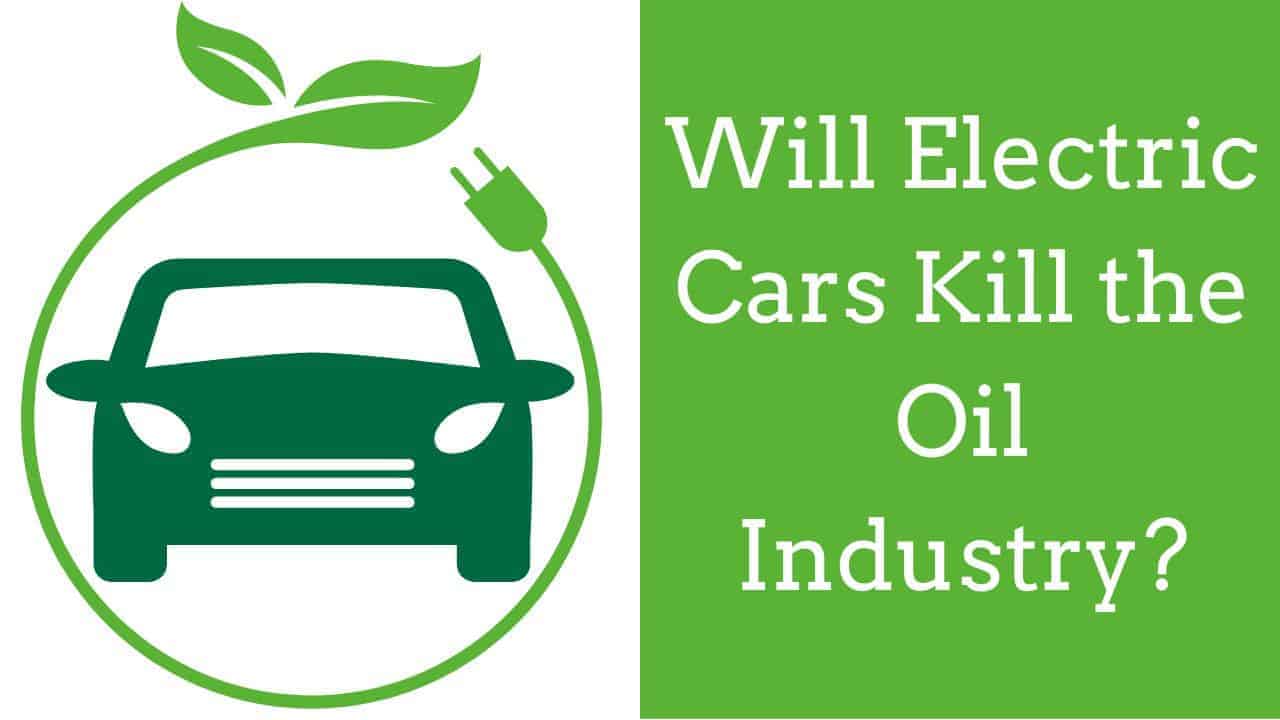 The twenty-first century is often called the information age due to increased digital and technological advances. Technological advances have paved the way for cleaner, efficient, and renewable energy use. The production of electric cars has made great advances in recent years.

The question remained unanswered for many years. Many agree with the idea that electric cars could pose a threat to the oil industry, but how big of a threat are they? As more people use electric cars, they may gravitate away from combustion engine cars, which will take its toll on the oil industry.

How Can Electric Cars Kill the Oil Industry

Electric cars, as their name suggests, run by using electricity rather than burning fossil fuels. Electric cars have many advantages that make people prefer them over gasoline cars, which could be one-way electric cars kill the oil industry.

Electric vehicles are quieter and have a smoother acceleration (without vibration). They also have better handling and responsiveness.

Electric cars can also save up on transportation costs. Although electric cars are more costly than most gas or hybrid cars, they are getting less costly by the day. The cost of recharging the car is lower than refueling the gas car and is more efficient.

The electric car does not require as much maintenance as a gas car. As with gas cars, electric cars must have their radiator, brake pads, and other similar components checked and maintained. But they save on the oil change and the engine maintenance.

The electric car has more perks than your average gas car. Since the federal and local governments promote the use of electric vehicles, they wish to give as many incentives to buy them as possible, including reduced tolls, reserved parking, and free charging stations in selected areas.

The biggest advantage of all is the environmental advantage. With the burning of fossil fuels creating greenhouse gasses (twenty-five percent contributed by vehicles) and toxic chemicals, electric cars are a much more environmentally factor. The World Health Organization states that nine out of ten people breathe high pollutants.

These are just some reasons people would prefer buying an electric car over a gasoline car, but is that enough to kill the oil industry? Read on to find out.

Read Where Can I Charge My Electric Car for Free?

There is a continuous debate over the topic. Many argue that electric cars will make it so that there is no use for oil industries, but the oil industry is a huge market and can not be taken down so easily.

If we talk about the car industry and usage, we have to speculate that electric cars will have to substitute twenty-two million barrels a day of consumption. The number of cars on the road increased by almost three million from 2020 to 2021.

Crude oil is also a leading source of energy. Energy is required for transport, power industries, and agricultural industries.

Many argue that crude oil prices are at an all-time high, but that doesn’t necessarily equate to the oil industry being killed off. There is a certain dynamic here.

An increase in oil prices increases investors in oil drilling, increasing more oil being drilled out, increasing the supply of oil in the market, and hence decreasing the price.

However, Electric cars have been developing at an alarming rate. There is no saying what electric cars may be able to accomplish in the next ten years.

Read Are Electric Cars Good for the Economy

Electric cars have developed a lot in recent years. The main problem with electric cars used to be their cost and efficiency. It was too expensive to build these cars, and they did not travel as fast as internal combustion vehicles.

However, the past ten years have dramatically changed electric cars. With improved technology, battery, motor, and power efficiency, today’s electric car is vastly different from the past.

The new Tesla Roadster can reach a speed of more than two hundred and fifty miles per hour. The cost of electric car production has also decreased.

The biggest contributor to the cost of electric vehicles was the battery, which has become cheaper and more efficient, with lithium being the primary material for electric car batteries.

The electric car cost has decreased by over sixty percent and is expected to drop even further in the next ten years.

Electric cars aren’t the only ones getting better.

Still, there is no doubt that electric car batteries have a greater efficiency (seventy to eighty percent), making them more suitable for transport.

Read Why Are Electric Cars so Expensive?

Groups backed by oil industries have challenged the plans of electric companies in ten states and have wages regulatory and lobby campaigns against them. The American Fuel and Petrochemical Manufacturers have filed comments against building charging networks in Kansas and Missouri.

It wasn’t until big named industries took the step forward to build electric vehicles, and with the help of public support, the electric vehicle industry saw some progress.

With industries such as Tesla and Toyota coming into the mix to promote the use of cleaner and safer energy, the oil industries faced another threat.

By 2020, it is estimated that electric vehicles will reach twenty million globally, a huge increase from the one million in 2016.

However, electric car industries in China and the European Nation have made significant progress and are set to phase out internal combustion cars by 2040.

Where Did the Electric Car kill the Oil Industry?

Buses are one of the biggest oil consumers among vehicles. Busses are one of the most used forms of transportation worldwide. Busses spend almost all of their life on the road, which means that it uses up more oil and is prone to breakdown faster, with constant maintenance required.

With an increase in the use of electric vehicles, China’s oil demands are plummeting. While China and India make up for around seventy percent of the oil industry’s growth, the decrease in demand for oil in china means that this growth will fall.

Will Electric Cars Kill the Oil industry in the Future?

In the current situation, the government has some decarbonization policies but focuses more on economic growth, which will suffer if the oil industry goes down. However, the situation is not so grim, with around fifty percent of passenger vehicles being converted to electric and twenty-five percent of trucks being converted.

Another debilitating aspect is the availability of electric cars. While more developed countries such as China and the US can afford to replace gas cars with electric cars, the luxury to do so is not available to developing and third world countries. For several economic reasons, such countries are highly dependent on oil industries and gasoline vehicles.

With a decrease in oil reserves worldwide, the continuous development of electric cars, and the demand for cleaner and safer energy, we can assume that the oil industry will take a major hit. It is a long road ahead, and electric cars must fight tooth and nail against the oil industry to impact the status quo.

While electric cars can significantly damage the oil industry, it is too much to predict whether electric cars kill the oil industry entirely. Oil industries are going strong or even stronger than ever before. Some countries, such as China, have made it their goal to complete the takeover of gas vehicles by electric cars, but some still struggle to accept it.